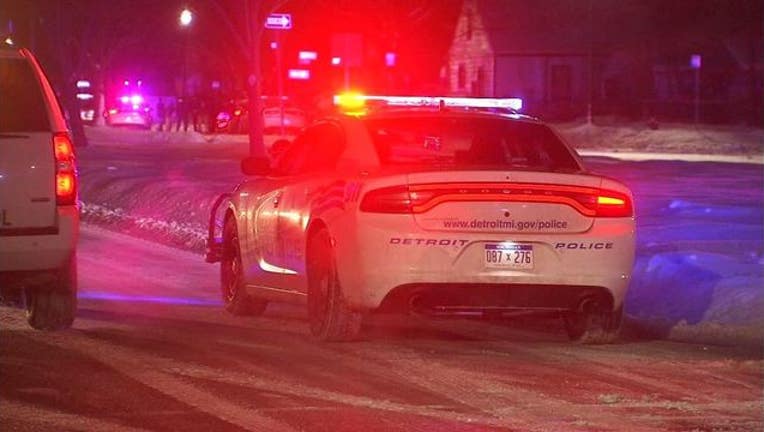 DETROIT (WJBK) - Detroit Police say the barricaded gunman situation on the city's east side is over and that the gunman and another woman were found dead inside the home.

According to police, the gunman was found dead in the home a little after noon on Monday. That was 14 hours after police initially responded to the home in the 19400 block of Lamont.

The suspect has been identified as Lance Smith, 49, and that the incident started with a domestic situation between he and his girlfriend. She was the third woman found dead in the home. The other two women were family members who had arrived to try and deescalate the situation.

Detroit Police are expected to provide an update shortly regarding the situation. WATCH ON FOX 2 NEWS NOW.

According to police, Smith was dead from a self-inflicted gunshot.

Police were called to the home around 10 p.m. in the 19400 block of Lamont to a report of shots fired. The suspect began shooting at police as they arrived to the scene, which provoked the barricaded gunman situation.

Detroit Police had identified the suspect was a 49-year-old man.

Two women have been killed, one in her 60s and another in her 50s or 60s; one person may possibly be dead; and three officers were shot in the knee/leg area.

"It's not just dangerous for police officers - we are in a dangerous line of work - but it is dangerous for our community," said Detroit Police Asst. Chief Arnold Williams. "Right now a lot of people may think that someone who suffers from a mental illness may not affect them but that's not the case. Anybody suffering from a mental illness who is not being treated can basically resort to any type of violence."

Police say the suspect does not have a criminal history. He does have seven guns that are registered to him.
The second barricaded gunman situation happened nearby next door. It has not been an active situation for a while but police say they are keeping a very close eye on it.