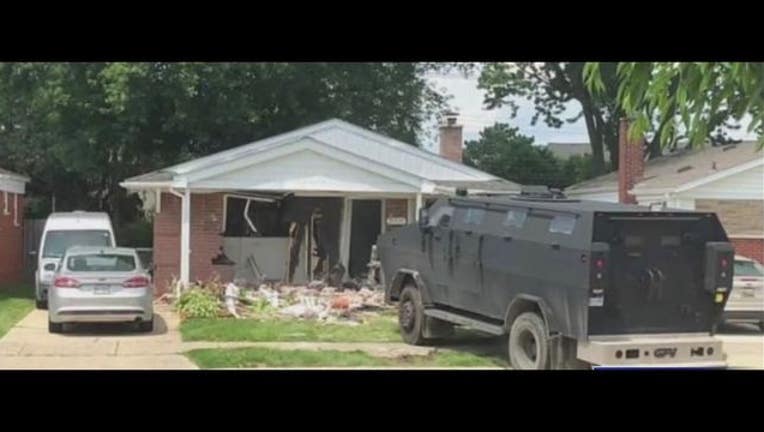 (FOX 2) - Police have confirmed that two are dead after a 30 hour standoff in St. Clair Shores.

Todd Woodcox, St. Clair Shores Police Chief, says after officers entered the home at around 2:00 a.m. Saturday morning, they found the barricaded gunman, a 58-year-old man, and a 60-year-year-old woman dead inside. Their cause of death is not being released at the moment.

The barricaded situation began Thursday night on St. Margaret Street after the suspect opened fire on a crowd reportedly angry that kids were playing with sparklers.

"Kids had sparklers, it was not about fireworks, there was no noise," Channita Jackson said. "He (opened fire) directly aiming at the kids, aiming in the crowd. He chased my brother and fiancé down the street still shooting."

The gunman fired on officers, their vehicles and even a camera-equipped robot police used to determine the man's location inside the home.

A source told FOX 2 one of the images that robot captured was the suspect's deceased girlfriend lying on the kitchen floor. That has not been officially confirmed.

"Everytime a robot gets close to him, he is opening fire on the robot," Deputy Chief Gary Crand

The gunplay and standoff left neighbors at a standstill. Many were forced from or stuck inside their homes as police expanded the perimeter of the scene over and over again.