KALAMAZOO, Mich. - The Midwestern stereotypes that Michigan residents have come to embody was just liquified, canned, and became ready for purchase.

It's called No, Yeah. Yes, really. 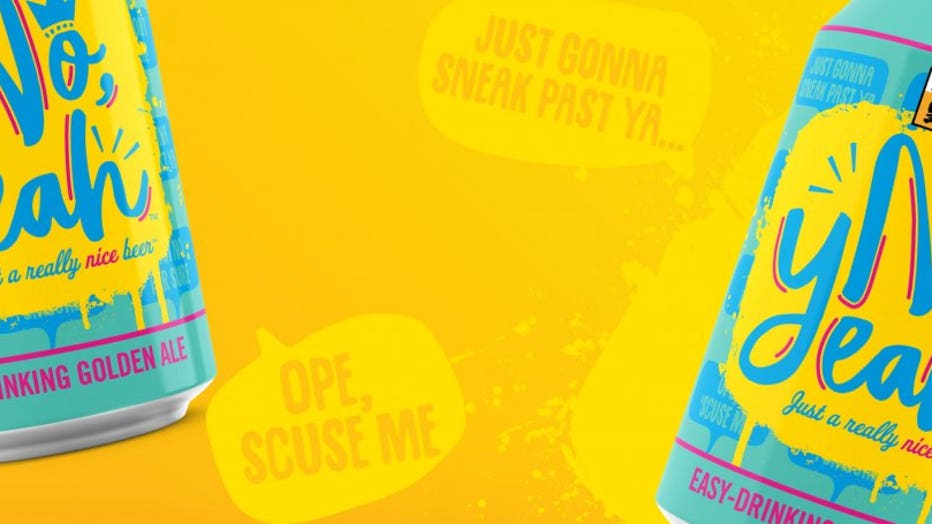 The Golden Ale, outfitted with a 4.5% ABV and Midwestern vernacular you literally won't hear anywhere outside America's heartland, will arrive in stores next week - no, yeah.

"We saw an opportunity with our core offerings, part of a growing market, but also a niche that’s near and dear to us as proud Midwesterners," Larry Bell, president and founder said.

A niche so near and dear it'll yell at you for saying soda, instead of pop - because that's what it is. Then apologize because it's so polite. A niche so specific it would win you a game in cornhole on your first toss.

Bell said the beer will appeal to those looking for something that "is crisp and refreshing, but not too hoppy."

The beer will arrive on the shelves of Meijer (obviously) and other grocers in Minnesota, Michigan, Ohio, Indiana, Illinois, and Wisconsin Jan. 18.