If you shop at the Kroger in Lincoln Park, chances are you’ve met Chester. On the job since December, he does security on the second shift seven days a week.

LINCOLN PARK, Mich. (FOX 2) - If you shop at the Kroger in Lincoln Park, chances are you’ve met Chester. On the job since December, he does security on the second shift seven days a week.

"I walk, I’ve been walking here and from work most of the time," Chester Harris said. "Every now and then someone will pick me up and say you want a lift or whatever."

Chester doesn’t have a car, but he’s not complaining. At one point he was homeless.

"I’m always looking for things to get better for me," he said.

His apartment is in Taylor. And the walk to work is more than five miles each way.

"I usually have a hood I put over my face, and I have to really look because it is partially blocking my view," he said. "There’s like a section of Allen Road that goes over Telegraph. That was trying because imagine the wind blowing against you so that was rough."

But it seems nothing gets him down, Chester is known for always laughing, always smiling.

"That had to come from my mom because she always had a smile when she greeted people and things like that," he said.

"You got a good work ethic man," one customer said to Chester.

The 63-year-old says he learned that from his father.

"My dad always talked to me about how to deal with a job before I was even old enough to be hired anywhere," he said. 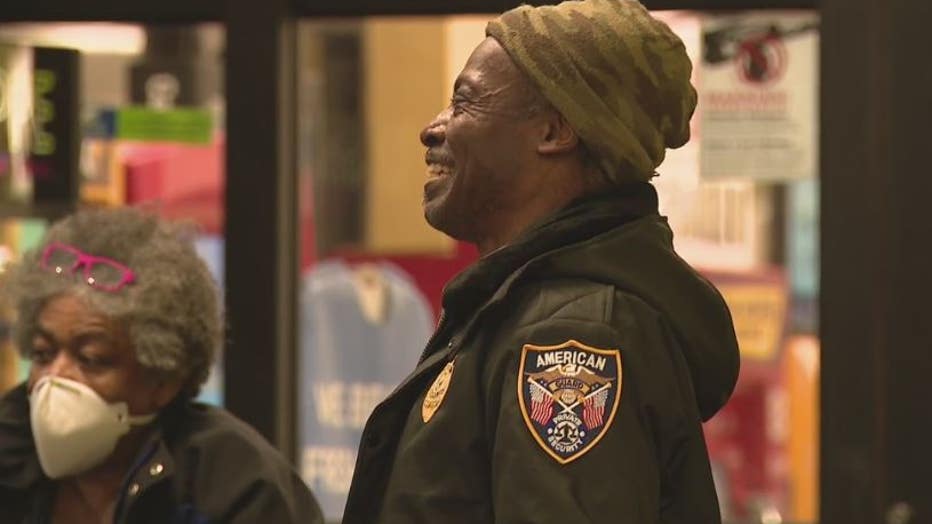 "You don’t get that anymore, you don’t see that in anymore," said Mike Lee, store manager. "And from his first day here, he was like that."

"It is nice to have a pleasant person to be the first person they are greeted by, it sets the tone," said Nancy Miller, customer service manager. "I think he's doing an amazing job, I really appreciate him."

Chester’s been saving for a car, something reliable and affordable. He’s definitely realistic about his budget.

One customer said he needs a car.

"We've got to get him a car so he only has to walk five steps (not five miles," she said.

Chester responded with a laugh.

While there is no GoFundMe set up for Chester, if you would like to help him, he works at the Lincoln Park Kroger on Dix and Southfield from 2:30 to 10:30 p.m.

You can also email the FOX 2 news desk at fox2.newsdesk@fox2.com 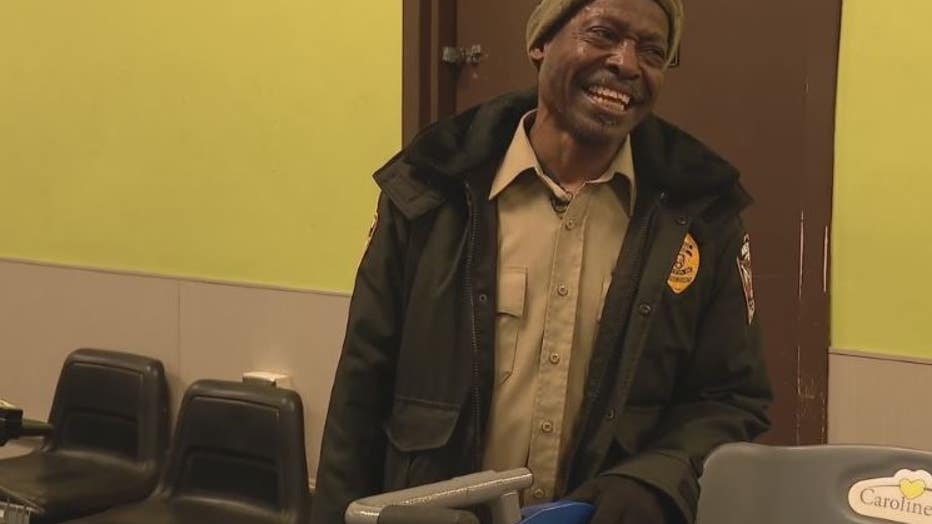