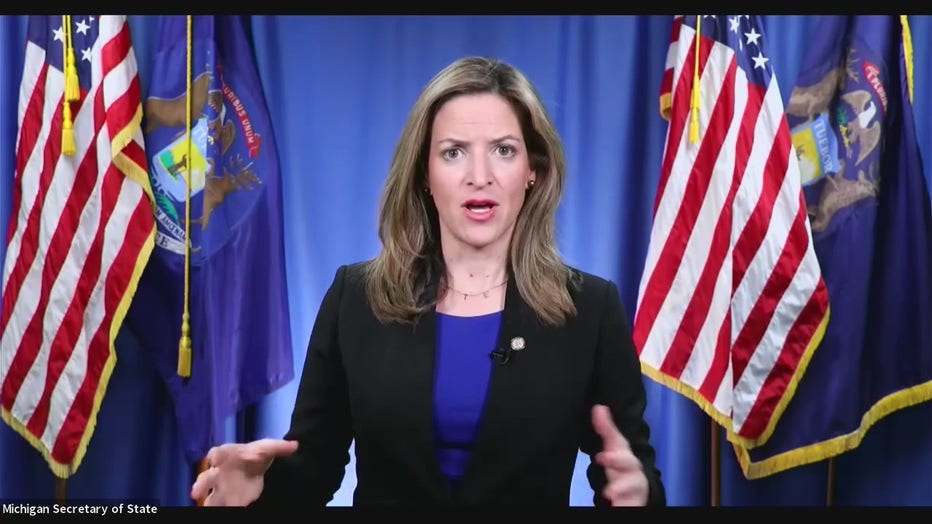 That finding, along with more than 250 different audits of Michigan's election systems from the previous November determined the 2020 presidential election was the "most secure in the state's history."

Michigan's Secretary of State said after a bitter political contest fueled by misinformation spouted by former President Donald Trump and his followers, voters can be confident that the state's election was fair and honest.

"It is time to acknowledge the truth and move forward," she said in a discussion with media Tuesday.

The state says that more than 1,300 Republican, Democrat, and nonpartisan clerks participated in the hundreds of audits of the state's election. A release from the state highlighted two flashpoints from the 2020 election that spawned a large amount of misinformation used to discredit the results of Michigan's presidential race.

One of the voting discrepancies that skeptics of the 2020 election in Michigan highlighted the most was the case of 6,000 votes being switched for Joe Biden in Antrim County - a largely rural and conservative-leaning district.

Officials audited every single ballot cast for president in Antrim County and determined the counting machines were used accurately. That ruling follows the hand-recount of every vote cast in the county which discovered an additional 12 votes for Trump, "largely mirroring the machine-tabulation results from Nov. 3."

Conspiracy theories about vote switches spread across the internet after a glitch in equipment attributed to human error caused thousands of votes to appear cast for Biden, rather than Trump.

A bipartisan group of clerks conducted the recount.

It took less than 24 hours after voting for people to crowd the TCF Center where absentee ballots were being counted in Wayne County. There, a crowd of people alleging voter malpractice occurring inside the room, complained that a surge in votes for Biden happened illegally.

Further controversy ballooned from the county after its counting board initially declined to certify the election results after the two Republican members declined to approve ballots cast in Detroit.

Just 17 were out of balance.

"That's less than one-hundredth of one percent of the 174,000 ballots that election officials had to race to process, count, and canvass," said Benson.

Out-of-balance precincts occur when election clerks and precinct workers fail to note a voter at the polls or count two absentee votes sent in one envelope from a couple.

Benson used the audit's certainty and delays in counting from the last election as a reason to reform Michigan's election systems to better handle higher turnout and allow clerks more time to process ballots.

Election workers were given an additional 12 hours to process the surge in absentee ballots for the November election. Typically, clerks can only start processing and counting mail-in votes the day of, however, the legislature granted a temporary extension.

Benson said the legislature should give clerks two weeks to begin processing votes. The extension would also allow for more audits of the state's vote count, too.

"If state lawmakers truly want to affirm faith in our elections, they will provide more time to election officials to process absentee ballots before Election Day, and canvass them afterwards, just as I’ve proposed in my legislative agenda to advance the vote and protect democracy," said Benson.

Counties with bigger populations took longer to count - which is why Wayne County's absentee vote counting and an audit of the votes afterward took the longest. But with longer times for counting, potential issues that come from out-of-balance counting boards can be reconciled and election conspiracies debunked more easily.