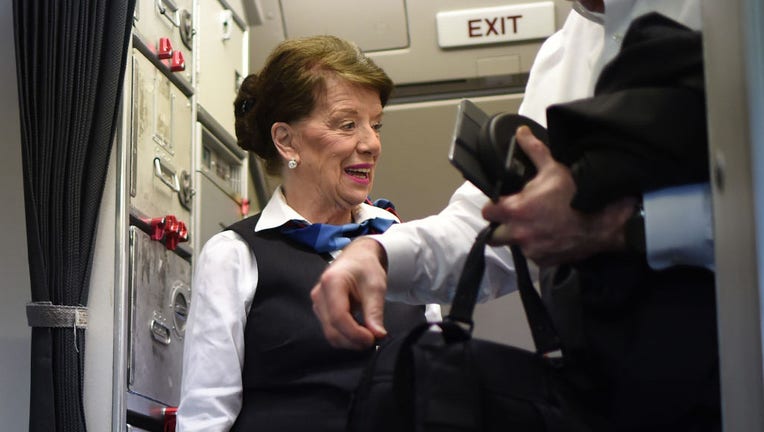 ARLINGTON, Va. - An 86-year-old woman who has been flying regularly for nearly 65 years was named the world’s longest-serving flight attendant by Guinness World Records.

Bette Nash began her career on Nov. 4, 1957, with Eastern Air Lines. Her first day of work was exactly one month after the Soviet Union launched Sputnik — the world's first artificial satellite — and a year before the Boeing 707 would officially enter service for commercial air travel.

Through various airline mergers, Nash ended up at American Airlines. In January, she was recognized by Guinness as having the longest career as a flight attendant ever, achieving 64 years and 61 days of nonstop employment at the time of verification.

She still serves as an active flight attendant with American Airlines and will celebrate 65 years in the fall.

"If you've flown with us, chances are you might have met #AATeam legend Bette Nash. She's been flying with us for 64 years and has the longest flight attendant career in our history," American Airlines wrote in an Instagram post about her, shared in March 2021.

Nash has spent most of her career working on the New York-Boston-Washington shuttle, which has allowed her to return home at night to care for her son, who has disabilities, ABC News reported.

When Nash celebrated 60 years in 2017, cameras got to come on board. She told WJLA-TV that when she first began her career, they handed out cigarettes and matches after the meal service. Passengers also bought life insurance from a vending machine before paying their airfare on board.

"When it started, I think it was $12 one-way," Nash told the local news station.

What to do if your flight is canceled?

Travel expert Brian Kelly says flight cancellations are consistently happening. He shares tips on tracking your flight and what to do if it is canceled?

She added that flight attendants also had several requirements to fill in the early days of her career.

Nearly 65 years later, much has changed in her industry — but her career has continued. Nash still attends regular flight attendant training required by the Federal Aviation Administration and continues to welcome passengers on board.