DEARBORN, Mich. (FOX 2) - Not long after taking office, he visited The Pfizer plant that helped the nation lift out of the pandemic. But it's this second visit where he'll highlight what he hopes will bring the nation out of the age of combustion engines and into a world of American-made electric vehicles.

US Rep. Debbie Dingell says Biden's visit to Ford is about the future of the auto industry

President Joe Biden will highlight what he hopes will bring the nation out of the age of combustion engines and into a world of American-made electric vehicles.

"We all care about the environment but I want strong, healthy auto industry right here in the United States," said US Rep. Debbie Dingell (D-Dearborn). "And I want them built by American auto workers with good-paying jobs, and I want batteries that will go into those vehicles built right here in America, with good-paying union jobs - and that's what tomorrow's about."

Dingell extended the invitation to the President to make the trip.

On stage tomorrow, he'll be at the Ford Motor Co. Rouge Electric Vehicle Center in Dearborn shoulder to shoulder with Bill Ford Jr and the president of the UAW and lawmakers.  The biggest star of the day will be F-150 Lightning EV.

"Any day the president of the United States shines the light on products being made here in my hometown, this is the headquarters and the home of the UAW, workers are there, and it's a day to celebrate," Dingell said.

Electric vehicles have been around for years but Dingell says they have to get more affordable. And batteries need to be made here in Michigan too - all things she wants to help make happen.

Is the price tag too steep? Dingell says there's money out there.

"We have a lot of people that are not paying their fair share of taxes that they owe and that will put money into it ," Dingell said. "And when you invest in the economy and get good-paying jobs, you're supporting the economy. So do I  worry about budget and debt? I do, but I'm also worried about making sure we have jobs and a strong economy and we have to make sure we do both and we can do both." 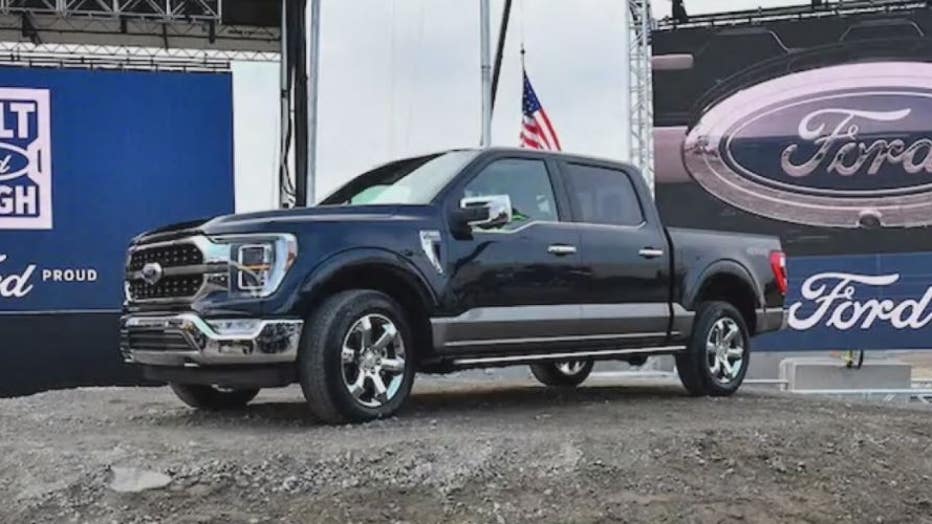 But for tomorrow it will be all about the f-150 lightning and the men and women behind it.

"The F-150 is a best seller and the customer of the F-150, the driver loves that pickup truck and they want to make sure that it has a performance and it's the vehicle of the future," she said.