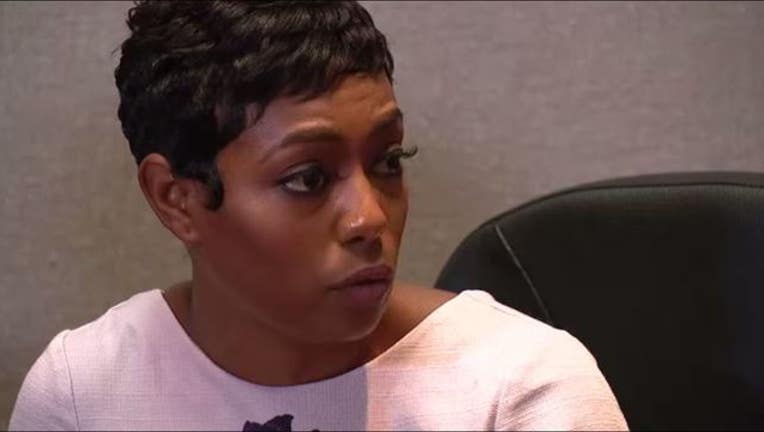 WEST BLOOMFIELD TWP, Mich. (FOX 2) - A black woman says she was discriminated against by employees at J. Alexander's West Bloomfield last week when she refused to give up her seat for a white man. Now, her and her attorney are demanding the employees involved to be fired.

Liah Gant sat with her attorney, Maurice Davis and Jerrick Jefferson, another man who said the restaurant discriminated against him that same night, during a press conference on Tuesday, recounting their experiences at the West Bloomfield restaurant.

When she refused, she said the bartender took the drink away from her, poured it in the sink, and told Gant she wouldn't serve her.

"I sat there for a couple of minutes, trying to just really understand what happened. I got up and walked to a manager. She walked me back to the bar and said 'do you want to sit in the dining room?' I said 'no I want to sit with my friends where we were seated'," Gant said.

When Gant talked to the manager, she was first told the drink would not be charged. The manager had a "change of heart", according to Davis, and ultimately charged her for the drink, saying there were "two sides to every story".

Gant said the bartender was told not to serve her - but to serve everyone else at the bar.

On the same day, Jefferson was also eating at J. Alexander's. He told FOX 2 his story last week that the manager on duty was unhelpful as people called him racial slurs and threw food at him.

Jefferson said when they got to J. Alexander's, he had to bus his own table while employees watched and that they had their order mixed up and sitting at separate locations in the restaurant. He said then he felt they were being racially profiled.

"When I pointed out to her that we were feeling like we were racially profiled - based on observation in the restaurant, based on how they interacted with white patrons - (the manager) simply stated to us that she's walking away," Jefferson said.

He said the manager walked away to talk to another manager. Jefferson said he walked up to both and asked if the restaurant has a "culture of racism and discrimination with respect to how they treat their patrons."

He said a man at the bar jumped in and called him the n-word and said "n's go home".

Jefferson said the managers and employees then helped hide the man when police had arrived.

"I suggest to all black people looking at this press conference that it's time for us to not spend our money with people that are racist. Racism starts with management. The managers at the restaurant are racist. They should be terminated," Jefferson said.

Gant and Jefferson do not know each other but both said they experienced racial discrimination on the same night in the same area.

Davis, Gant, and Jefferson are asking for all employees involved that night to be terminated.

"Our civil rights leaders fought for over a century to secure a black citizen's right to have a seat at the table, and we refuse to backslide into a nation where black people are told to give up their seat to white people, where black people are denied service at restaurants," Davis said. "If J. Alexander refuses to recognize my client's dignity at a restaurant, we will make sure they recognize her dignity in a court of law."

In response to the press conference, the restaurant released this statement, saying that none of its employees made racial remarks and that the restaurant is cooperating with police: