GROSSE POINTE FARMS, Mich. - A Snapchat sent to a Grosse Pointe student has at least one mother outraged by its contents - calling the photo racist.

The photo shows two teen girls in blackface, with one going by the name of Lily. The post is allegedly of a student from Grosse Pointe South High School.

Among the racist imagery are several lines of text, including one saying "Senior Slave Day."

"This school district is known for this type of behavior," said the girl's mother. "We're being made fun of as a Senior Slave Day. Like what is that?"

It's likely we'll never know. The school district superintendent said there's no such thing as "Senior Slave Day" and the post may be a fake.

"There is no senior slave day and there hasn't been," said Superintendent Gary Niehaus. "As far as we know right now it's not a Grosse Pointe Public School System student period."

Niehaus said the district conducted an investigation into the post that included a team of administrators from the high school. However, they were unable to identify a girl named "Lily."

"We didn't find a Lily in our school that looked or could be identified as a person in the Snapchat. Maybe this is a spoof in the first place," Niehaus said.

Despite the superintendent's conclusion, the concerned parent isn't satisfied with the finding. She called Niehaus to express her frustration with the situation and isn't convinced by the findings. Her reasoning partly stems from past accusations of racism in the district.

While Niehaus and the school system acknowledge there have been problems before, they see the most recent incident as a fabrication - but also as a setback.

"I think the district has gone to the Michigan Department of Civil Rights. We are bringing in some implicit bias training," said Niehaus. 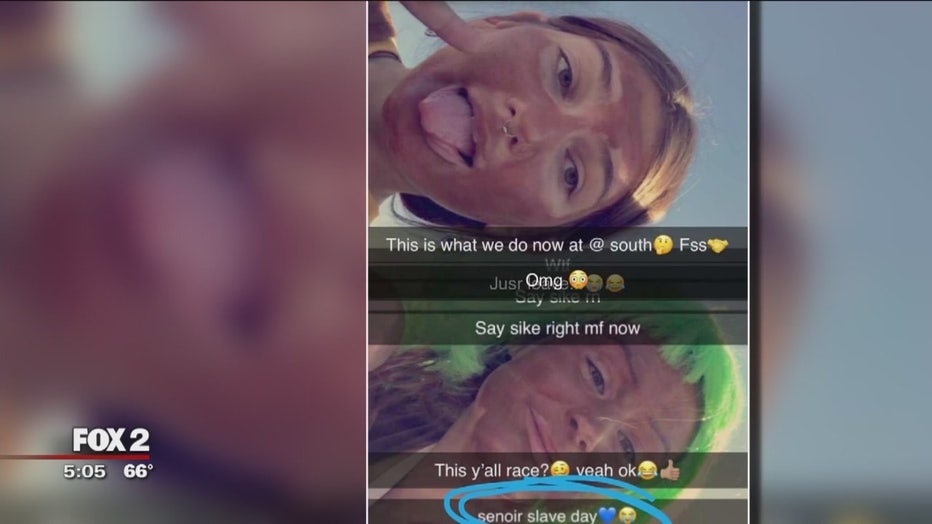 The investigation remains ongoing, and the district is expanding its search to see if the person is a student attending another district. No matter the final conclusion of Grosse Pointe's investigation, the concerned mother wants to see more schooling in different cultures. A diverse curriculum that includes classes on African and African American history would benefit everyone at the school.

"Maybe if they teach that in their schools then they're going to know how sensitive that is to us," said the mom.