Last house next to Little Caesars Arena burns down

The real state agent of the house which was for sale, says the incident may help a new buyer because the property will be a blank slate.

DETROIT (FOX 2) - A blighted and abandoned home in downtown Detroit located next to Little Caesars Arena burned down Monday morning.

Known as an eyesore against the backdrop of skyscrapers and downtown development projects, the home had stood in the way of Detroit officials and pushes to uproot blight out of the city.

At one point, the home was listed for sale at nearly $5 million - a price tag that nobody bit at while the city litigated to have the property removed. Detroit has moved to get the home rehabbed since July 2018.

A home that was well-known for being an eyesore to Detroiters as it was located in Midtown burned down Monday morning.

MORE: A eyesore near Little Caesars Arena goes on sale for $4 million

Even as Olympia Development continued constructing parking lots and the new arena for the Detroit Red Wings and Pistons, the property and its owners resisted development.

It was built on Cass Avenue in 1880. It stood for more than a century until Monday when a fire tore through the structure. Detroit's fire chief said the reason behind the fire was still being investigated.

"At this time we still don't have a cause, it's still under investigation, we'll have some details at a later time," Chief James Harris said.

Sized at about 4,700 square feet, Harris said the wood-based structure likely aided the fire once it caught. Rain that fell later in the morning helped crews put out any remaining hot spots. 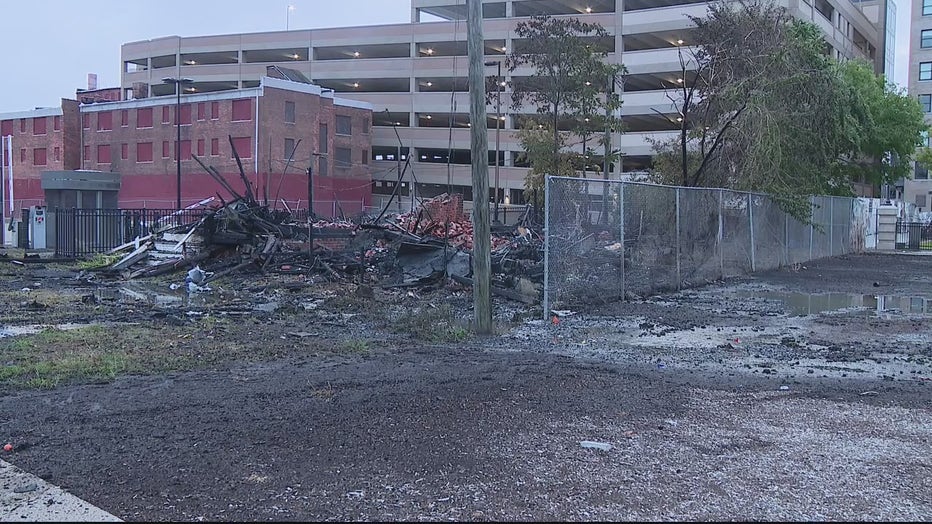 "We think of safety first. We're just fortunate no one was injured, no one got hurt, no one was in there and I'm sure it will get cleaned up," said Harris.