The plant, situated near the I-75 and I-94 interchange, makes it an ideal location for housing, developers said.

DETROIT (FOX 2) - A long-vacant landmark that remains part of Detroit's automotive history is about to be redeveloped in a big way. The former Fisher Body Plant is set to be transformed into a huge new housing complex.

There are dozens of sites in this city that have just devastated Detroit’s reputation internationally for blight," said Mayor Mike Duggan. "This is a day I’ve been waiting for a long time.

"(They've) got a plan to bring 400 apartment units to a building that wasn’t going to be there, set aside 20 percent as affordable housing, and take a historically important building, and make it part of Detroit’s future."

"We’re proud to be developers to do that, especially being people who are from Detroit," Jackson said.

The plant, situated near the I-75 and I-94 interchange, makes it an ideal location for housing, he said.

Jackson and Hosey said they took years to conduct environmental and engineering surveys before announcing plans to turn the plant into housing.

"Contrary to popular opinion we found this building to be more than stable, more than capable - and is rock solid and ready for redevelopment." Jackson said.

The Fisher Body Plant No. 21 was once owned by the Fisher brothers, then used by General Motors. It was later purchased by an industrial paint company and is now owned by the city of Detroit.

"With the help of the city of Detroit we’ve come up with a plan to invest $135 million a substantial amount is personal cash," Jackson said. "Along with incentives from city hopefully the state to develop into loft-style apartments."

The project, which will also have retail and commercial space, is believed to be the largest African-American-led project in Detroit’s history.

Officials make it clear revitalizing this space will have a major economic impact on the city and its residents - and the city is working to get Detroiters ready for the jobs this project will make available with Detroit At Work.

The project will need approval before moving forward.

"And if we get council approval you could see them start work next year," said Duggan. 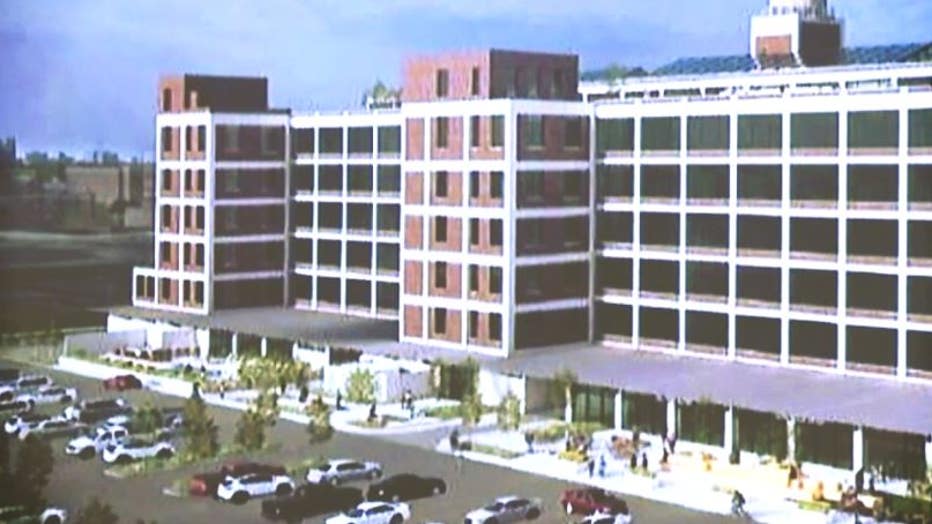