The Michigan Central Station is transforming, and that's also the case for native Detroiter Juane Bullock. He's part of an apprenticeship program.

"I've lived in Detroit the majority of my life, and there was no talk of doing construction, no talk of laying bricks or being plumbers or electricians, unfortunately," he said. "I got old enough and I don't know do you have to give  the credit too, but someone opened up the door and they ushered us in."

Ushered in and putting his hands into history, turning the old ruins of the train station into the new Ford Technology Hub.

"I'm glad to be one of the ones who came running through the door," he said.

It's the story of Detroit blue-collar jobs bustling back that towers over even the global pandemic around it. The city of Detroit is doing better than expected in new jobs report just released by the city and the University of Michigan.

The report focused on the economic outlook from now until 2026.

One of the headlines is the unemployment rate.  In May of last year, it spiked to more than 38 percent.  The new report projects it will level out at  9.5 percent this year and decline gradually to 6.9 percent by the year 2026.

Nicole Sherard-Freeman helps run the Detroit at Work program which trains residents to get jobs - and it involves more than just big jobs like this one.

"Midsize opportunities like those that are happening in the strategic neighborhood pond corridors and small business opportunities," she said. "So we take all of that and converted into opportunity at the doorstep of all Detroiters." 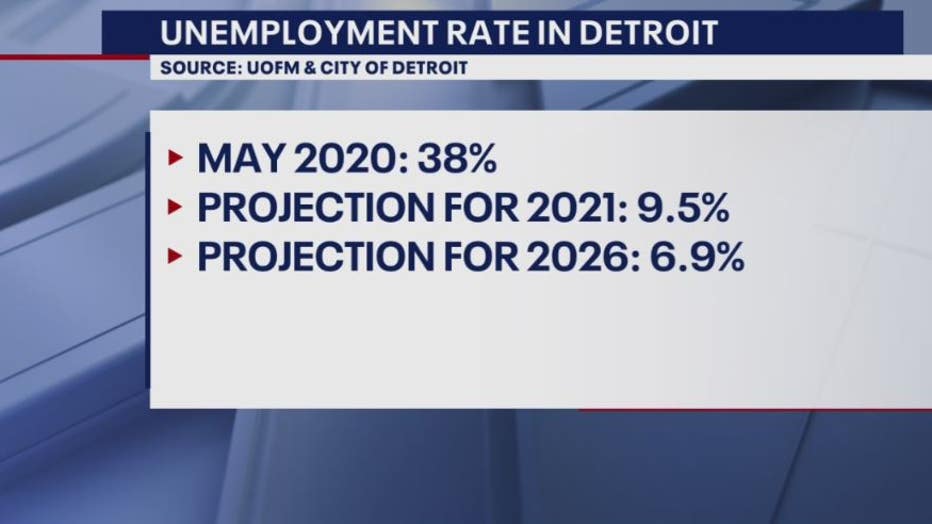 The report highlighted blue-collar jobs as being the boost for the numbers.  The report reflects optimism that jobs will continue to flow with Stellantis, Amazon, and Gordie Howe International Bridge project all in the works.

But there's work to be done. Middle-class Detroiters looking to work and live in Detroit need opportunities too. Health care is one part it.

"So there's also IT and IT spans every sector represented in this city," Freeman said. "And all of those that are to come. When we start to look up the scale in manufacturing, project management, and engineering sort of jobs."

For now, the blue collar boom is something that guys like Juane are a part of and might we say, proud of it. 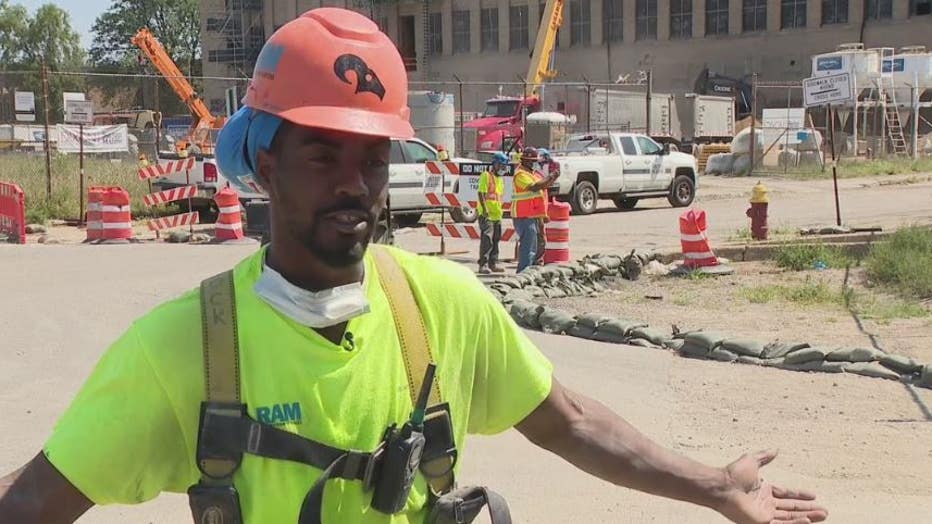 >>For more information go to detroitatwork.com