Video shows the feverish efforts to get 5-week-old Ella Rose to cry. Officer Patterson can be seen applying light taps to the infant.

"Ok and then once I squeezed her nose and stuff, she ..." says her father. "Let me see," Patterson responds.

Video shows the feverish efforts to get 5-week-old Ella Rose to cry. Patterson can be seen applying light taps to the infant.

"Hold her head straight up for a minute - "Can you get her to cry?" the officer says.

The baby then cries to their relief.

Tonight the baby and family are feeling much better tonight.

He says he was cooking a Sunday family dinner when the drama started to unfold.

"All of a sudden I heard my mother-in-law come running outside, hollering out 'not breathing,'" he said. "So I’m like, 'Not breathing who?' So I literally hurdled that rail, ran in the house, she was literally sitting on the couch like this just holding my baby.

"She was red in the face. I could tell she wasn’t breathing, like baby I got her. Scooped out her hands, got to patting her on her back and it wasn’t doing nothing."

Officer Patterson arrived at the scene and both get to work.

An intense situation turned into the best result anyone could ask for.

"The important thing is that she’s good and she’s doing just fine you know?" the mother said.

"Blessed, the Lord’s with us," said Wilkerson.

Officer Patterson received a life-saving award for his heroism. 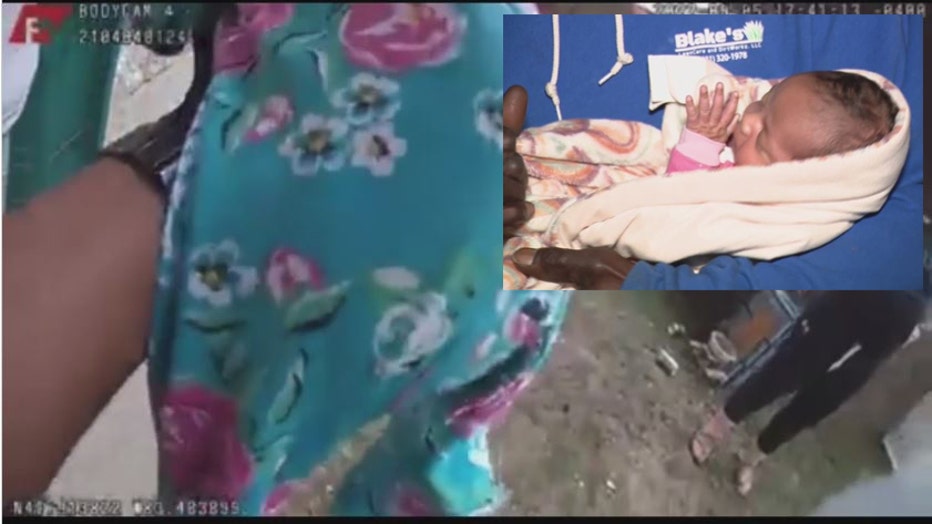