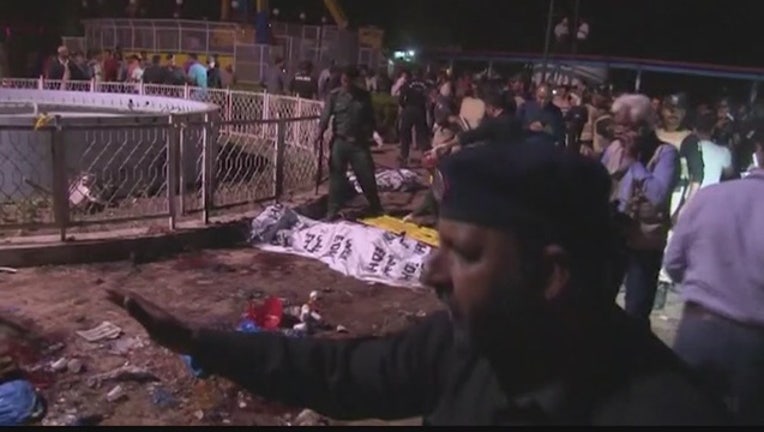 (FOX News) - An explosion ripped through a crowded Pakistan park where Christians were celebrating Easter on Sunday, killing at least 65 people, officials told the Associated Press.

A Taliban faction, Jamaat-ul-Ahrar, claimed responsibility for the attack and said Christians were the target of the blast, Reuters reported. The mostly-Muslim country has a small Christian community, accounting for less than two percent of Pakistan's total population.

About 300 people were injured when the bomb detonated in the parking area of Gulshan-e-Iqbal Park in the eastern city of Lahore.

A suicide bomber is suspected of being responsible for the blast, though authorities continue to investigate. Ball bearings, which may have been shrapnel from the bomb, were found at the scene, according to AFP.

Tap here to read the full report on FOXNews.com.