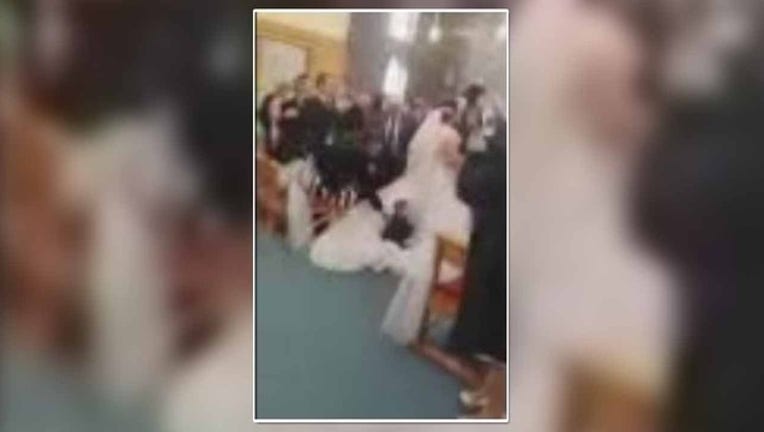 DUBLIN, Ireland - A little boy just couldn't resist the puffy allure of the train of a wedding dress as it went by. The moment he discovered it was caught on video that's been seen thousands of times.

Four-year-old Rhys was at his aunt's wedding in Dublin, Ireland last week when the bride entered the church. She is seen walking down the aisle when the little boy makes a running leap, landing right in the middle of the back of her dress.

No one was hurt, but it appears that Rhys has the time of his life, and his aunt went on to marry the man of her dreams.