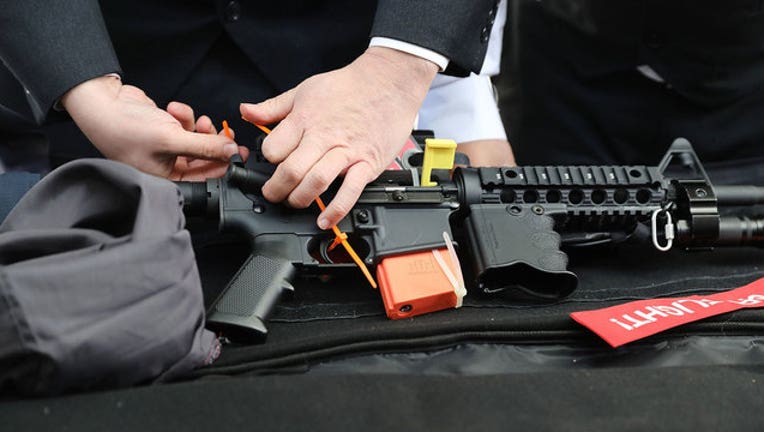 Organizers say the class held Tuesday in Marshall was planned months before the February school shooting in Parkland, Florida, that killed 17 people. The shooter used an AR-15. AR-style guns were also used in the Las Vegas, Sandy Hook and Orlando nightclub mass shootings.

It's the third year the Michigan program has been held at a veterans post, but the event received negative attention this year from protesters who said the timing and the idea of creating more guns is unwelcome.

Resident Pam Daume says it's "a slap in the face to the kids who have died."

Chris Walden teaches the class. He says participants must undergo a background check and that the guns are registered and sold only to people who can legally own them.

In the aftermath of the Parkland shooting, Dick's Sporting Goods said it would no longer sell assault-style rifles. Walmart also restricted their gun sales, but they stopped selling AR-15s and other semi-automatic weapons in 2015, citing weak sales.

The NRA has pushed back aggressively against calls for raising age limits for guns or restricting the sale of assault-style weapons.

Marshall, Mich. is about 100 miles west of Detroit.