EASTPOINTE, Mich. - Before an abusive boyfriend broke her teeth, before she lost her daughter to sickness, before setbacks too many to count, Eastpointe's Otelia Jones was on her own at just 14 years old.

But on a day famous for resolutions and promises of something more, it was her oldest son that reached out to help her. It's what he's always done, Jones says.

Tough from the beginning, an Eastpointe man makes a plea for help for his mom

On her own from age 14 and struggling through setbacks of disease and violence from abusive partners, an Eastpointe woman has worked for years to make ends meet. Her son is reaching out to the public for help.

Jones gave birth to Williams shortly after she found herself alone; when she was 15 years old and working.

"She actually went into labor with me while she was on a paper route," said Williams.

Jones gave birth to two other sons as well as a daughter. Sadly, her baby girl would die at just 7 years old from ongoing health issues.

The family's father would die not long after.

"We’ve gotten hit after hit after hit, then we thought 'just one time, we were ahead' and then I got sick," said Jones.

It was already tough to make ends meet at that point. Then she was diagnosed with multiple sclerosis. At the same time, the family would also spend two years hiding from an abusive boyfriend by living in a hotel.

She would lose her front teeth from the violence and never had the money to fix them. But through it all, Williams says she always maintained employment and provided for her kids, keeping them sheltered and fed.

But life's unfairness wasn't done with Jones. A short time ago, she had a stroke and broke more of her teeth.

"She tried to get up to go to the bathroom and she fell and knocked the rest of them out," said Williams. "...it’s crazy - it’s like one thing after the other. 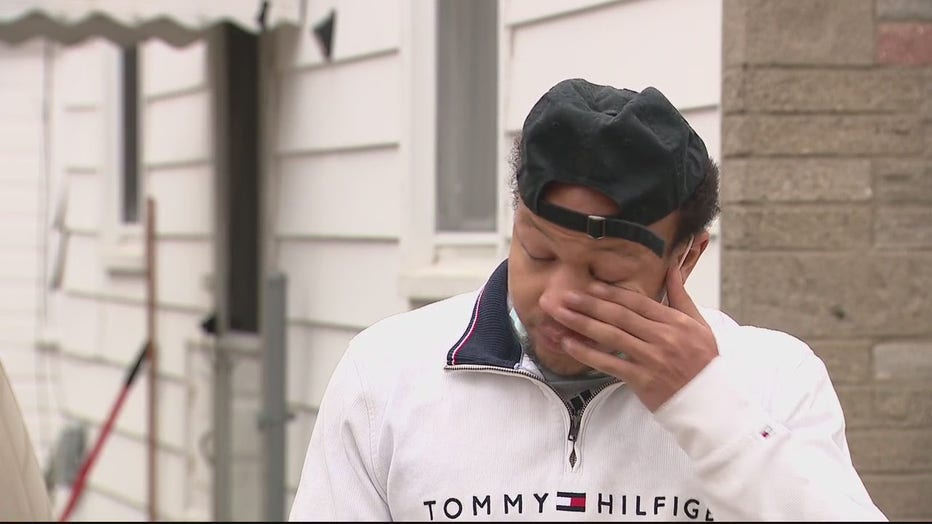 "I’ve tried to get things to get it covered up but it’s been really rough," said Jones. "And people don’t realize how the small things can actually affect you a lot."

Affect you in bad ways - and in good ways - Jone's oldest son did one of those "small things" recently in an email to FOX 2 when he made a desperate plea for the woman he calls his hero.

"It gives me a lot of admiration for my mom," he said. "She’s one of my biggest people I look up to because of the way she’s worked and able to provide for all of us, even when times are really tough."

Being able to provide for her kids is what Jones has known all her life. And she knows one day, it'll be them caring for her - a future that terrifies her, knowing how hard it's been so far.

"It’s very hard for me because I’ve done this for them for years to show them how strong I've been," she said, "and I don’t know if I’m gonna be able to be that for them when I get older."

Williams says he wants his mom to feel comfortable smiling again, hopeful that a plea on TV airwaves and online could help raise money to realize his wish and see it through. "I admire her every day, " he said.

"I pride myself to be strong as her with everything I do."

Williams has set up a gofundme to help his mom. You can find more information about how to contribute here.