FOX 2 - Uproar by some over a social media photo of Detroit firefighters posing in front of a burning house on New Year's Eve continues, while new details are emerging.

The Detroit Fire Department is setting the record straight about the picture - meant as a memento for a retiring fire chief, posted on the Facebook page Detroit Fire Incidents with the caption: "Crews take a moment to take a selfie on New Years!" 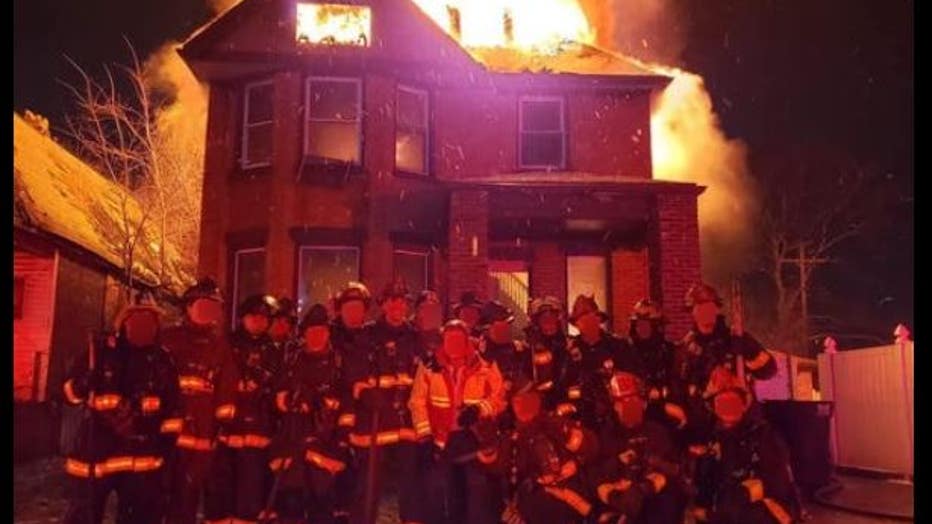 Deputy Fire Commissioner Dave Fornell said Friday that the fire was originally dispatched as a dwelling fire and not an occupied dwelling fire, which would be the description for a residence. The picture was taken Tuesday night in front of 611 South Green Street, an abandoned house in southwest Detroit.

Fornell says the house was not occupied at the time of the fire, adding it was under renovation, but they still fought the fire as if it was occupied.  He says a previous statement that the home was vacant was incorrect because he was out of town and said he did not have all the facts at the time.

When firefighters arrived at the scene they entered the structure as if it were occupied and searched the structure finding fire in the basement and attic. He says crews were only pulled out when it became unsafe.

Fornell listened to dispatch recordings Friday upon returning to town and it was not dispatched as vacant, he clarified.

After reviewing tapes, they did not say the house was vacant. Fornell says it was an error to state that it was vacant. Correct verbiage would have been "unoccupied" -- but they fought the fire as it was an occupied building.

The city released a statement from Detroit Fire Commissioner Eric Jones. It reads:

"There are a lot of ways to celebrate a retirement. Taking a photo in front of a building fire is not one of them. We will investigate this matter and follow the facts where they lead us If this photo is verified discipline will be in order."

City officials are working to determine who took the picture and who posted it on social media.