Some strong winds and heavy rains knocked power out for thousands in the metro area this morning. However, the severe weather won't return for a while, giving people some time to get power back on before any more inclement conditions come back.

DETROIT - It's all quiet across most of Southeast Michigan Monday morning, but it was a stormy, windy evening for many Metro Detroit residents as thunderstorms walloped most of the region from late Sunday into early Monday.

Some freeways had reported flooding, a tornado touched down further west of Detroit, and almost 60,000 people were without power.

Any remaining showers should be done passing through by Monday afternoon.

Flooding was reported on I-94 near Nine Mile and Woodward early this morning. 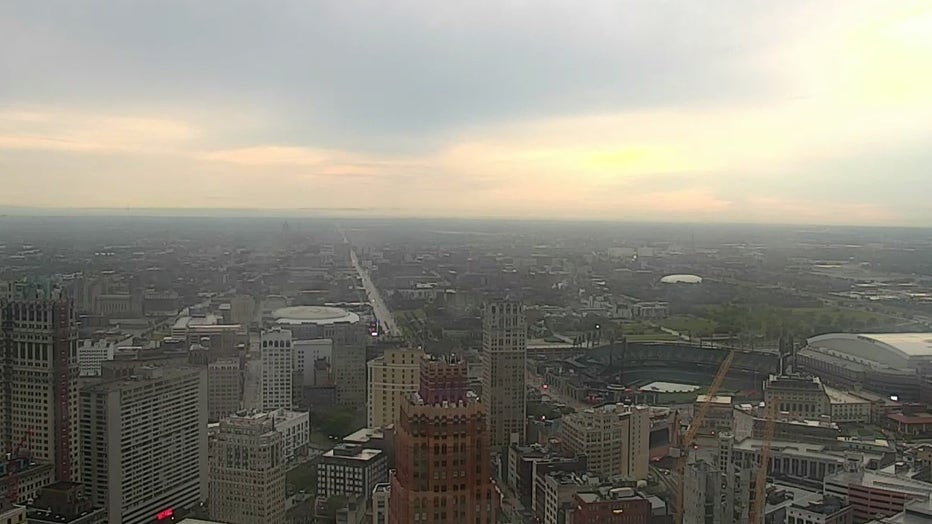 Strong winds have also created a bit of a mess for 59,649 people in the metro area, with major outages being reported in northern Oakland County, western Wayne County, and several other smaller areas in and around Detroit.

Close to 10,000 people lost power in and around Rochester. Another couple thousand residents in Bloomfield Hills also had lost power. Most of the reasons for the outages were due to wind damage, according to DTE's map.

Estimated restoration of power in areas around the region is expected for later Monday.

Monday's forecast looks to be much calmer with most residents getting temperatures in the upper 70s. Humidity will begin to drop later this evening and temperatures will fall into the 60s.