This dramatic dashcam video shows the danger of a driver disobeying a traffic stop attempt by a trooper early Friday morning.

The white Camaro flipped onto its side and sliding several hundred feet. The driver, 29, tried to flee the scene but was quickly arrested.

The vehicle had three other people inside that were seen by Detroit Fire EMS, two of which were treated and released at the scene and one was transported to Henry Ford Hospital.

"One of the trends we are seeing is drivers not stopping for troopers when traffic stops are conducted," tweeted Michigan State Police. "These drivers continue on and put themselves and other drivers at risk. Now the driver is looking at a felony instead of a misdemeanor. fortunately, no one was hurt!"

The arresting trooper had been sitting on the southbound service drive of M-10 near Meyer Road when his rear-facing radar spotted the Camaro traveling at 80 miles per hour at about 3:35 a.m.

"As the white Chevy Camaro passed him he activated his emergency equipment and attempted the stop the car," MSP tweeted. "The chevy Camaro entered the expressway and the driver, a 29-year-old from Detroit, lost control and flipped onto its side and slid several hundred feet."

According to MSP, the vehicle was not stolen and it is not clear yet if drugs or alcohol were involved, following a blood draw. 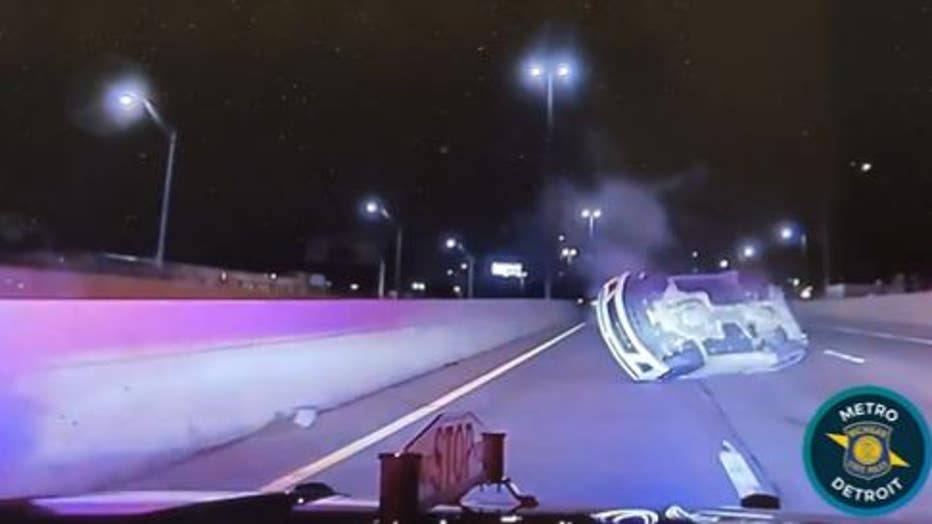