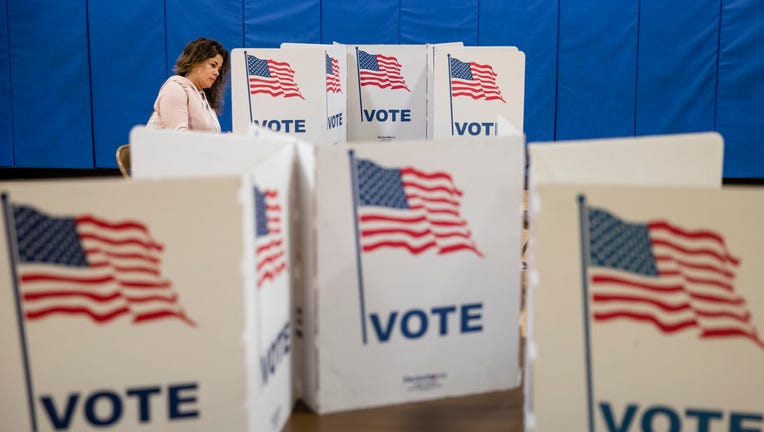 SOUTHFIELD, Mich. (FOX 2) - More than 2 million Michigan voters have already mailed in or submitted their ballots ahead of Election Day, but some might be wondering if they can change that vote, according to Google Trends.

Google searches of the phrase "can I change my vote" peaked Tuesday morning in the U.S. around 6 a.m. ET.

One of the states where it surged was in Michigan, one of the key battleground states in the Presidential election.

While most states do not allow voters to change their early votes, Michigan is one of those states that does allow them to be changed.

In Michigan, it's called spoiling your ballot. It's commonly used during primaries after candidates drop out of races. However, it can be used during any election.

According to the Secretary of State's Office, there are three ways to spoil your ballot before Election Day:

If a voter has not yet returned their ballot, you can surrender it in person or sign a statement stating that the ballot was lost or destroyed and vote in person.

To find you clerk's office, go to the state's website here.

Michigan is far from the only state to allow voters to change their mind after submitting the ballot.

In New York, if you have submitted an absentee ballot but change your mind, you can show up to your polling place during early voting or on Election Day and cast a vote, in which case the absentee ballot is set aside and not counted, according to the state Board of Elections.

Minnesotans who mailed in an absentee ballot had until Oct. 20 to request a new ballot from their county or city election office.

In New Hampshire, voters who submitted an absentee ballot can go to the polls on Election Day during the first hour they're open and vote in person, or before their absentee ballot is processed.

In Wisconsin, if time allows, a voter can cancel their original absentee ballot and request a new one – but they have until Oct. 29, the legal deadline for requesting absentee ballots by mail.