FOX 2 - Imagine being treated for stage four cancer, but being unable to go to treatment because someone crashed into your car.

It's the tragic situation one Detroit woman is being forced to endure.

"It has not been the same for me since last year," said LaTanya Edwards.

LaTanya Edwards is fighting a battle that keeps getting bigger and bigger. She was diagnosed with stage 4 colon cancer last year.

FOX 2 first met LaTanya Edwards earlier in May after her house was broken into.

"They took all the valuables that we had, that was our nest egg," she said.

The home invasion has not been solved yet, so the family added extra security cameras to their property that they check every day.

Just last week the surveillance video captured an accident in front of the home.

"My husband had his car parked in front of the home and a company called GFL garbage truck came through and totaled his car," she said.

And it's not just any car, it was the family's only source of transportation. 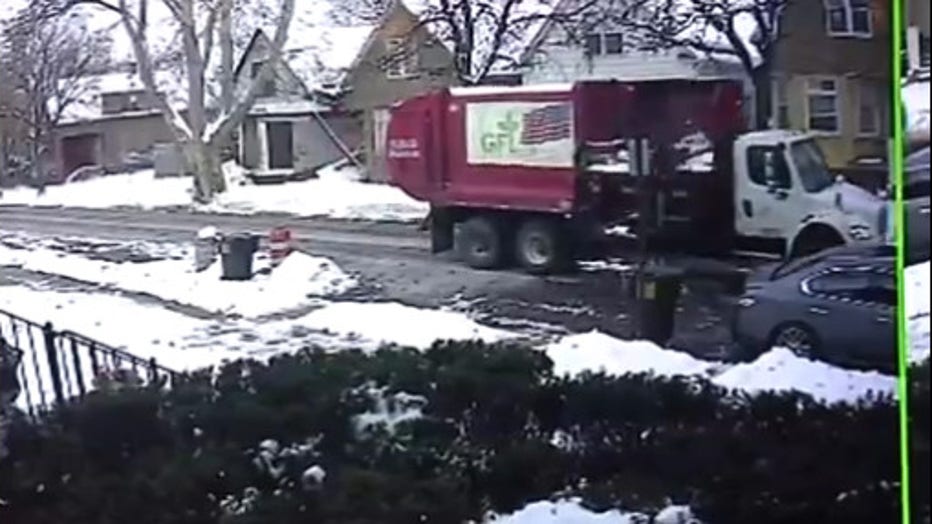 "My car is the one that takes me to chemo visits and doctor visits," she said. "That car would have replaced my car since my car is down. Now we don't have any transportation."

That's because Edward's vehicle was sidelined because of mounting repair bills that she can't afford.
.
"This is my chemo week right here so Monday would have been treatment date and I couldn't go," she said.

If a home invasion, cancer diagnosis and damaged vehicle and mounting repair bills on another vehicle aren't enough - Edward's says her refrigerator just went out before the holidays.

The family is using this miniature fridge to keep food cold.

"I consider myself a strong person but this is too much," she said.

GFL contacted FOX 2 with a statement that it is working on a resolution.

"GFL Environmental USA Inc. was made aware of the November 13, 2019 incident involving our truck with Ms. Edwards' vehicle. An insurance claim was made and is being processed.

"We very much regret the inconvenience Edwards has experienced and we are working with her to minimize any issue going forward."

Edwards started a GoFundMe to help ease the financial strain of medical bill and vehicle expenses. To donate CLICK HERE.