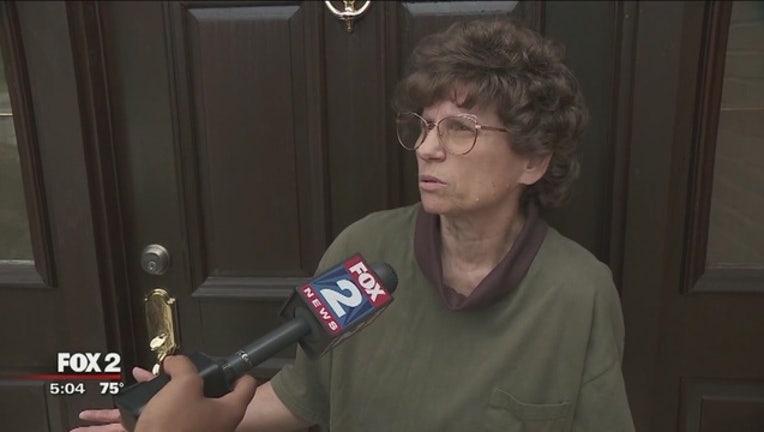 MARYSVILLE, Mich. (FOX 2) - The Marysville city candidate who made national headlines for saying she wanted to keep the city as white "as possible" has dropped out of the race.

According to the Marysville mayor's office, Jean Cramer has withdrawn her name from the city council election, though her name will still appear on the ballot. Lydia Valles from the Elections Bureau says state law states that a candidate can not withdraw his or her name from the ballot past the withdraw date, which was April 26 at 4 p.m.

Last week, Cramer shocked a crowd at a candidate's forum after she was asked how she felt about diversity, and whether the city should do more to attract foreign-born citizens.

"My suggestion, recommendation, keep Marysville a white community as much as possible," she said.

A stunned silence fell over the audience. She was one of five candidates vying for three open seats on the council in the November election.

Golston: "Do you want to keep people who are not white out of Marysville?"

Cramer: "Not necessarily, no. Like I told them before, as long as they're the same kind, I'm fine with that, and keep up their homes and property, no problem."

Golston: "I'm a black person. I'm married to a white man. Are you telling me that I wouldn't be welcome here in Marysville?"

Cramer: "As I've been saying, when it comes to the Holy Bible, it's all one. In the beginning, the God created the heaven and the earth, and he also created Adam and Eve, the same kind."

Golston: "So you would say that our union is wrong, would be your position?"

Cramer: "I would say so. According to the Bible, yes."

Marysville is a city in St. Clair County, about 55 miles northeast of Detroit. More than 90% of Marysville's 9,700-person population is white.

WEB EXTRA: Below is a longer interview with Cramer.