FOX 2 - Grace Rembinski's love of music started as a toddler, thanks to her beloved grandfather who is her inspiration.

"I would take out a little toy guitar and I would get in front of my family let them listen to me, I would play and sing for everyone," she said.

Grace Rembinski's love of music started as a toddler, thanks to her beloved grandfather who is her inspiration.

Just like any other pre-teen she would sing in her room and perform for family and friends. When she was 12, Grace picked up her first guitar and started writing songs. there was no looking back.

"I joined a competition called Canton Idol which is our local small American Idol, and I won my first year doing it, it was my first year going into middle school," she said.

Someone in the crowd heard her perform and sent a video to another Canton native - Ray Horton from the Nashville publishing company Mucho Love Music, who liked what he heard.

Grace began to grow as a musician, playing locally at bars and restaurants -while traveling back and forth to Nashville - writing songs and recording music.

"It's crazy, really crazy," she said. "So I am still in that high school, kid range, but there is so much happening - it's amazing."

And last month it became a dream come true for the 16-year-old Plymouth High school senior, who just signed a contract with Mucho Love Music, that will now pay her to live out her passion as a singer-song writer. 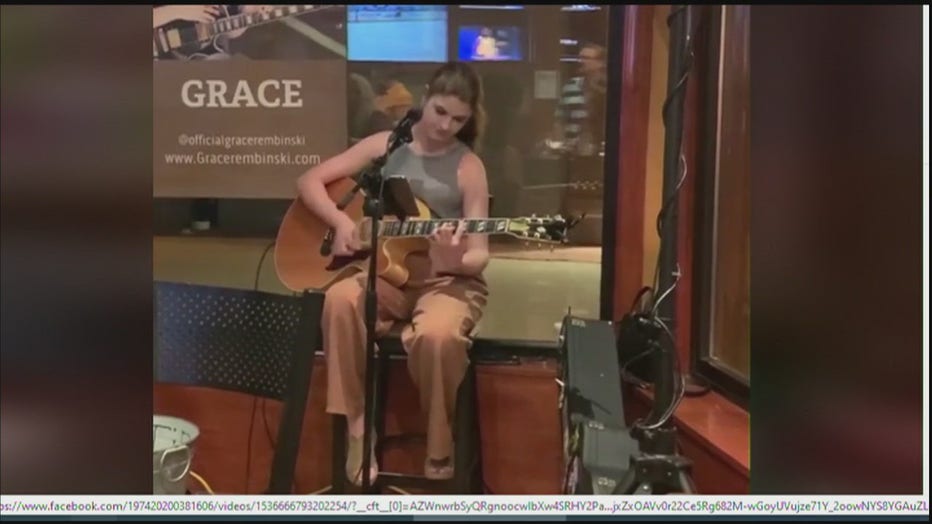 "I was so nervous even though I was just signing a piece of paper," she said. "I was so nervous in the moment, but it was insane, it was crazy. I never thought I would be doing something like this and so soon."

Grace plans to move to Nashville after graduation, but before then she plans to release her first song, "Love yourself inside out."

"I love it because it is inspiration for younger girls, and empowerment for girls, a lot of the songs I write about are my experiences," she said, before quipping, "I mean, I am 16, so there is not a lot to go off of."

Grounded and thankful, grace who grew up listening to Johnny Cash and jazz singer Ella Fitzgerald credits her family and friends for their unconditional support.. 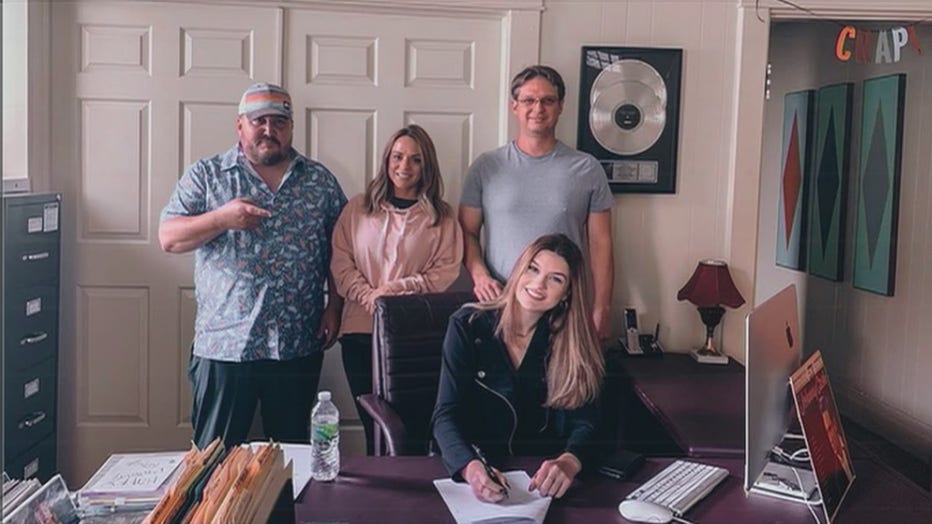 "My family is super excited for me, my friends have been so supportive too," she said. "Everybody is really happy for me. It is nice to have people I can trust, that are happy for me."

Especially her grandpa, who put that first guitar in her hand.

"He is so excited and happy and it is nice to have him through all of this too he is still one of the biggest inspirations I have," she said.