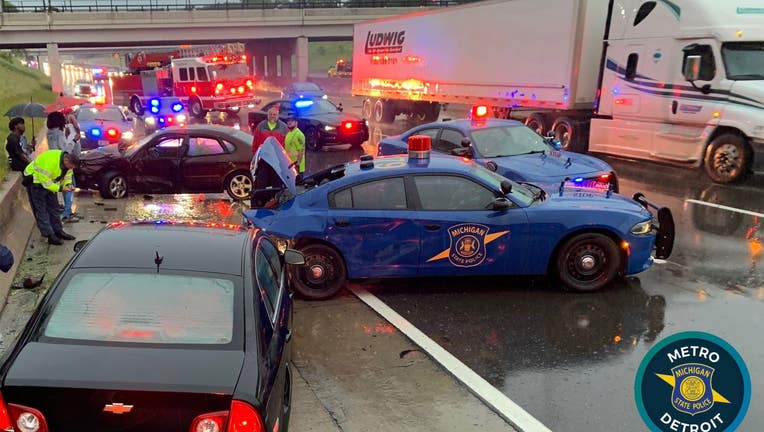 ST. CLAIR SHORES, Mich. (FOX 2) - A state police car that had pulled to the side of the highway in St. Clair Shores for a crash investigation was struck from behind by a driver that lost control Wednesday night.

The crash resulted in rear-end damage to the patrol vehicle and minor injuries from both the officer and the occupants in the car.

All are expected to be okay.

The incident happened Wednesday night on I-94 near 10 Mile Road in the westbound lanes.

With emergency lights activated, the officer was working a single car crash when the driver of a passenger car that was in the left lane lost control. According to police, the vehicle crossed all lanes of traffic before crashing into the back of a patrol car.

The force of the crash pushed the police car into the first vehicle, causing more damage.

The at-fault driver and his passenger refused medical treatment for their injuries. The officer was taken to the hospital for treatment of a minor laceration.