An attempted smash and grab early Thursday morning has left the wall of a vacant business completely destroyed. The burglary attempt was not successful.

DETROIT (FOX 2) - Police are searching for the suspects behind an attempted snatch and grab on Detroit's west side that left the front of a vacant business completely demolished.

The storefront was turned to ruble after a U-Haul truck appeared to have backed into the business.

According to police, the suspects that got out were trying to use the building to gain access to an adjacent business.

The incident happened around 3:30 a.m. at Asbury Park and Seven Mile.

A witness told police that four men in ski masks got out of the U-Haul after backing into the business. However, something scared them off, causing them to flee the scene. 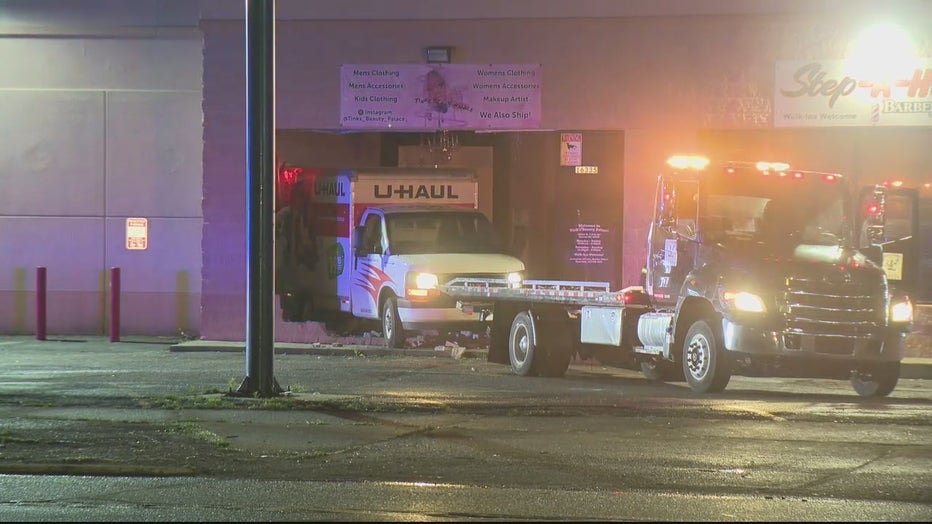 The cement barriers in front of the vehicle are likely what prevented the suspects from backing into the storefront itself.