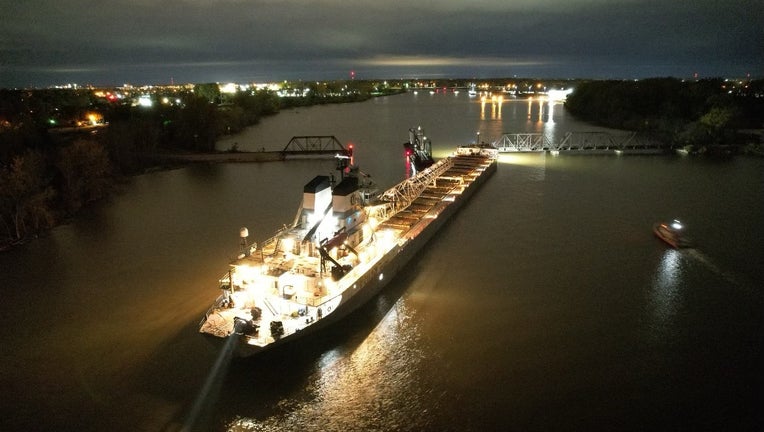 A 630-foot long cargo ship ran aground in the Saginaw River after high winds pushed the vessel off course and into the channel's edge.

The Calumet ran into trouble Thursday night around 8 p.m., the U.S. Coast Guard said, blocking all traffic lanes through the river, as well as passage on the Lake State Railroad Bridge. It has since been dislodged. 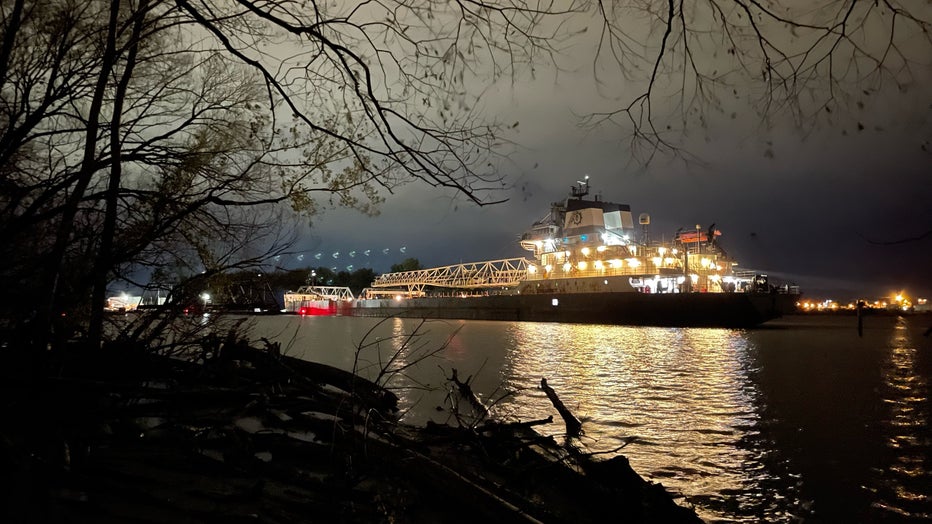 The coast guard said no other ships are expected for at least 24 hours from the time the Calumet ran aground. It also said the situation remains stable with no signs of pollution discharge.

A release from authorities says the ship's close proximity to the bridge has kept it from being able to free itself. Efforts were in place to arrange a tug boat to help dislodge the ship Friday morning.

A safety zone of 500 yards was also been established around the vessel. 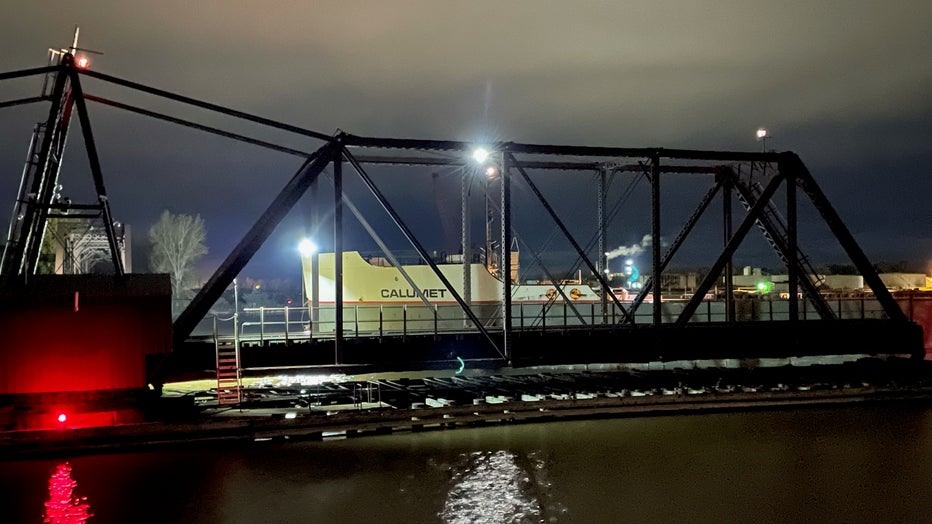