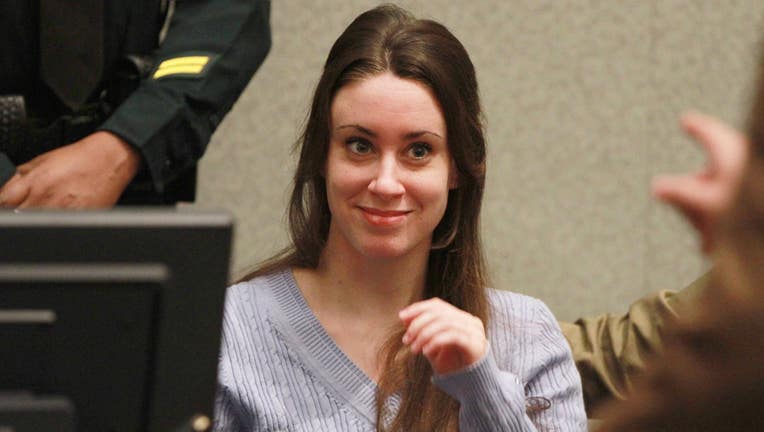 Casey Anthony is back in the spotlight.

The 34-year-old, who was acquitted of murdering her daughter Caylee, has launched a private investigation firm, People magazine reported on Thursday. According to the outlet, she filed documents in December listing herself as a registered agent of Case Research & Consulting Services, LLC.

The business is registered to a West Palm Beach home owned by Patrick McKenna, Anthony’s lead investigator who was part of her defense team in 2011. State records reveal Anthony does not have a Florida private investigator’s license. As a convicted felon, she is unable to obtain one.

A source told the outlet that Anthony, who continues to maintain her innocence in Caylee’s death, is looking to help others who are facing serious legal charges.

"She knows what it’s like to be accused of something that she didn’t do," said the insider. "She wants to help other wrongfully accused people, especially women, and help them get justice."

"It’s in the very early stages," the source shared. "She has big plans for her future, and hopes that it will change how people see her."

The source also shot down reports that Anthony was looking to investigate the 2008 death of her 2-year-old daughter.

"That’s a closed chapter in her life," alleged the insider. "She’s not starting a company to get answers about Caylee."

A rep for Jose Baez previously told Fox News the lead defense attorney has not represented Anthony in any legal matters since 2011.

Caylee was supposedly last seen on June 16, 2008. However, she was first reported missing by Anthony’s mother on July 15 of that year. A day later, Anthony was arrested on charges of child neglect. At the time, Anthony told police that Caylee disappeared with a babysitter.

A utility worker working in a wooded area near the Anthony home on Dec. 11 found skeletal remains that were later determined to be Caylee’s. Experts would testify that air samples indicated that decaying human remains had been present in Anthony’s trunk.

In the end, prosecutors proved Anthony was a liar but convinced the jury of little else. The government failed to establish how Caylee died, and they couldn’t find her mother’s DNA on the duct tape they said was used to suffocate her. After a trial of a month and a half, the jury took less than 11 hours to find Anthony not guilty of first-degree murder, aggravated manslaughter and aggravated child abuse.

Still, the Florida Department of Children and Families concluded that Anthony was responsible for her daughter’s death because her "actions or the lack of actions ... ultimately resulted or contributed in the death of the child."

Former Circuit Judge Belvin Perry Jr., who presided at the trial, also theorized that Anthony may have killed Caylee accidentally when she was using chloroform to calm her.

She was convicted of four counts of lying to police (though two counts were later dropped) and served about three years in prison while awaiting trial. A thousand people were there to see her released.

At the trial, Baez suggested that the little girl drowned and that Anthony’s father, George, helped cover that up — and sexually abused his daughter. Her father has vehemently denied the accusations.

Anthony was ultimately described as "the most hated woman in America" by a Florida Department of Corrections spokeswoman.

In 2017, The Associated Press reported Anthony was residing in McKenna’s home where she does online social media searches and other investigative work for him. At the time, Anthony told the outlet she’d like to get a private investigator’s license and work for a defense team.

"I love the fact that I have a unique perspective and I get a chance to do for other people what so many others have done for me," she said.

"I don’t give a s--- about what anyone thinks about me, I never will," she said. "I’m OK with myself, I sleep pretty good at night."