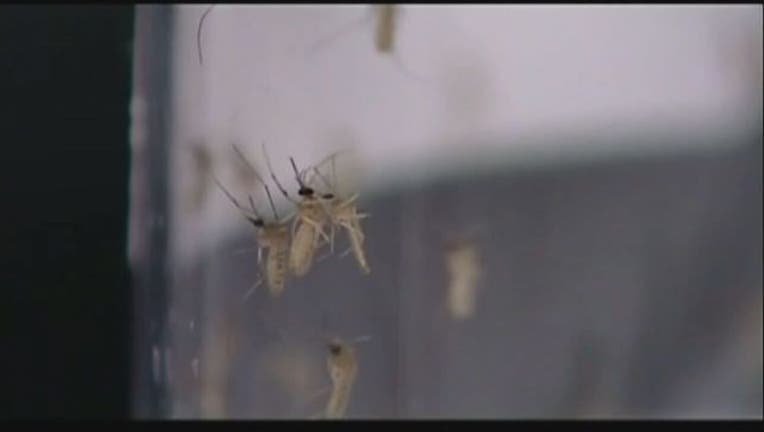 (WJBK) - The Centers for Disease Control and Prevention has confirmed four Zika cases in Michigan. One of these cases is said to have been contracted during travel to a foreign country. The location or the condition of the individuals confirmed with the disease is not known at this time.

As of now, only six states have zero laboratory-confirmed cases. Those states are Idaho, Wyoming, North Dakota, South Dakota, Wisconsin and Alaska. The states with the most confirmed cases are New York with 114, and Florida with 109.

The number of pregnant women in the United States infected with Zika virus is suddenly tripling, due to a change in how the government is reporting cases.

Previously, officials had reported how many pregnant women had both Zika symptoms and positive blood tests. In a change announced Friday, the Centers for Disease Control and Prevention's count will include all women who tested positive, regardless of symptoms.

There are now 157 pregnant women infected with Zika in the 50 states, up from the 48 reported last week under the old definition.

Experts emphasized that there does not appear to be any dramatic actual increase of pregnant women with the disease in recent months. There was a spike in diagnoses in February and March, but relatively few new cases since then, according to CDC data that includes women who experienced symptoms and those who didn't.

The Zika virus causes only a mild and brief illness, at worst, in most people. But in the last year, infections in pregnant women have been strongly linked to fetal deaths and to potentially devastating birth defects, mostly in Brazil.

The virus is spread mainly through the bite of a tropical mosquito called Aedes aegypti. It can be found in the southern United States, but there's no evidence that they've been spreading the virus in the U.S. yet. All the 544 total cases in the 50 states so far have been people who had traveled to outbreak areas, or who had sex with someone who did.

Experts think mosquitoes on the U.S. mainland will probably start spreading the virus in the months ahead, when hot weather hits and mosquito populations boom.

The sudden rise in the count of pregnant women with the disease in the U.S. may seem jarring. But Dr. Neil Silverman, a UCLA professor of obstetrics who has been advising the California Department of Public Health on Zika issues, explained the change in method does not indicate a greater risk of infection.

When he gets calls from patients, he said, "About 90 percent of what we're doing is reassuring and calming people."

Only an estimated 1 in 5 people infected with Zika develop symptoms - fever, rash, joint pain, and red eyes - which usually last no more than a week.

Initially, doctors recognized the connection between the virus and birth defects only in women who had suffered symptoms during pregnancy. But reports published this year indicate some pregnant women with laboratory evidence of a recent Zika infection - but who never had symptoms - have delivered infants with these defects.

International health agencies have already been reporting Zika infections in women based solely on lab tests. Some experts have found it surprising that the CDC has been basing its official number on a more conservative case definition.

However, CDC officials had voiced concerns that one kind of blood test is too prone to giving a false positive test result if a woman was infected with a different but similar tropical virus.

CDC officials on Friday said it's possible the new count may include a few false positives, but they say the new count will offer a more complete picture of the effects of Zika in the U.S. states and territories.

CDC says doctors should consider testing pregnant women who have been to an area where Zika is spreading, whether or not they have symptoms. Doctors also are encouraged to ask pregnant women if their sex partner has been infected or traveled to an outbreak area.

The new counting "will give us a better idea of the correlation between a mom's symptoms and the effects on the baby," said Dr. Richard Beigi, an obstetrics expert at the University of Pittsburgh.

The agency also presented new numbers for pregnant women the territories of Puerto Rico, American Samoa and the U.S. Virgin Islands. It rose to 122 cases from 65.

The CDC did not say how many Zika-infected pregnant women were believed to have been infected during travel and how many got it through sex. Officials said the count has includes diagnoses made over several months, and while many of the women in the count still are pregnant, some of the pregnancies have ended since the women were first diagnosed. The agency did not detail the outcomes of the pregnancies.

Also on Friday, President Barack Obama was briefed by top federal health officials about Zika. Administration officials have asked Congress for about $1.9 billion in emergency funding for vaccine development and other Zika work.

The Senate on Thursday approved its $1.1 billion plan to combat the Zika virus. The House on Wednesday approved only $622 million, meaning difficult negotiations remain over how much money to devote to fighting the virus and whether to cut funding allocated to study and combat the Ebola virus to help pay for it.

Obama repeated his call for the full requested amount.