DETROIT - While the historical Black Bottom neighborhood in Detroit may be no more, the imprint left behind by its legacy will stand forever.

The memories and the melody that make the magic at the Detroit Symphony Orchestra (DSO) are helping pay tribute to that legacy.

"Black Bottom isn't just about this one neighborhood because it repeats in any number of places. It's going on now, so it's a very relevant concept even for today in most cities," said Nkeiru Okoye, a composer from New York City.

Selected by the DSO to share the history of Black Bottom, a neighborhood where African Americans of all financial classes lived during the early 1900s going into the black migration.

Showcasing a historically black neighborhood in Detroit through music

Black Bottom, a historically black neighborhood in Detroit may be gone, but it is not forgotten. It is now serving as an inspiration for music being performed by the Detroit Symphony Orchestra

City leaders leveled the area during the 1950s.

"The buildings started coming under disrepair and the landlord said they're not fixing the property and of course they didn't have to. At some point, someone looks at it and says 'oh these neighborhoods are horrible, they're dangerous,' so they decided, let's plow them to the ground. So that is what happened," said Okoye.

The story of Black Bottom and its rich history is now being told with the help of the DSO and four African American singers.

"Some of the stories in here will break your heart. Other ones will make you smile. And others make you reflect," said Okoye.

Some of those stories include Joe's Record Shop and Barthwell's Drug Store - played out in the song the theme "Two shops on Hastings" - the street where they were located.

Joe's Record's Shop keeps a faster beat, while there's a slower beat for Barthwell's Drug store. Sydney Barthwell, the owner carried a serious tone as an entrepreneur during those times with a low-type of voice.

"It was Joe's Record Shop, so you hear that in the music," Okoye said. "In the music, he's represented by a trombone." 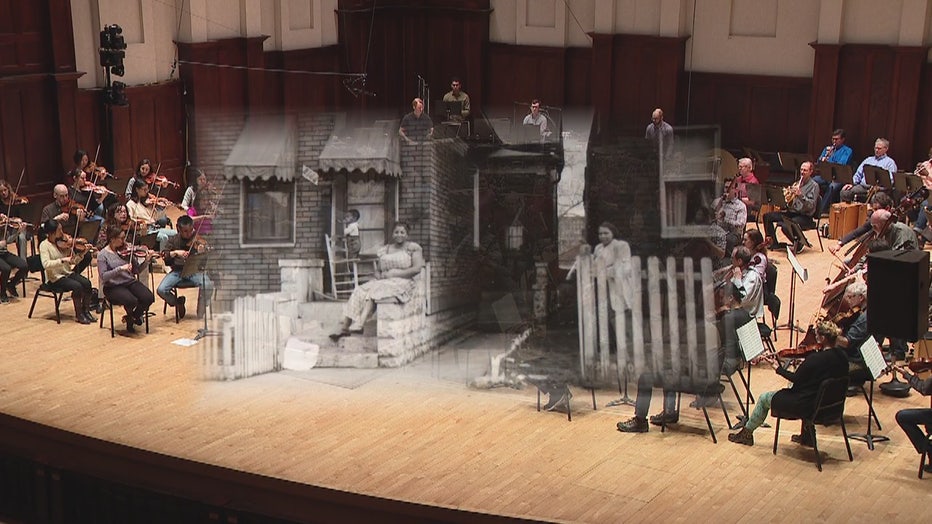 Another composed piece characterizes a photo of young girls playing on a sunny day. On the surface, the image is a harmless depiction of childhood joy. So why was the photo archived under "gang activity?"

"There's a story even in here about little black girls jumping rope and how they were in the archives, the story was labeled "gang activity." I thought 'Really? It's little girls jumping rope. How dangerous is that?" asked Okoye. "This is a triumphant piece. This is a piece that spreads goodwill to the community. It's educational and it's let people know the Detroit Symphony chose someone to capture this story."