A Detroit man, who moved to the U.S. at 6-years-old, says if he would not have been wrongfully convicted 30 years ago, he'd be a citizen today but immigration is still trying ot send him to Iraq where he says his Christian beliefs will get him killed.

DETROIT (FOX 2) - A Detroit man who spent 13 years in prison for the bombing of a gas station in the late 1980s but was later exonerated is now facing a possible death sentence in the form of deportation to Iraq.

Waleed 'Tony' Isho was wrongfully convicted of the 1989 bombing of a gas station on Seven Mile and Woodward. He was arrested, tried and, after only 40 minutes of deliberation, Tony was convicted and spent 13 years in prison.

The moment he was released, immigration wanted to deport him.

It took another 18 years before the conviction was removed and he was exonerated by Wayne County Circuit Court Judge Qiana Lillard in 2020.

"When she said you were exonerated vacated, I still get chills- I got chills now talking about it," said Tony.

But with his conviction removed, immigration was still knocking on the door since Tony was brought to the U.S. when he was just 6 years old.

"I've been out here - about 18 years since I've been out of prison - and I followed everything immigration wanted of me. Everything," he said.

If he is deported to Iraq, he'd likely die. Attorney Marvie Neubauer is fighting for his citizenship and says Tony can't hide in Iraq.

"There's persecution for the Chaldeans in Iraq at this point in time. He's marked, he has Christian tattoos, that's not something he can hide," said Neubauer.

The two met at a prayer meeting just two years ago and Neubauer said if she was not convicted, Tony would be a citizen today.

After the meeting, Marvie went on his mission to get Tony exonerated - which happened last year - but the citizenship eludes him for now.

"Citizenship was halted because the US government, as a result of his wrongful conviction, took away his green card - thereby taking away his right to become a citizen," said Neubauer.

Tony is fighting the order from immigration and there's a temporary agreement to keep him in the U.S. due to his innocence.

Tony was on a green card in 1989 and, typically, it takes five years until citizenship is granted. He and his attorney argue that he not been wrongfully convicted, he'd be a citizen today. Immigration says he has to start from the beginning - which means five years on a green card before becoming a legal citizen. 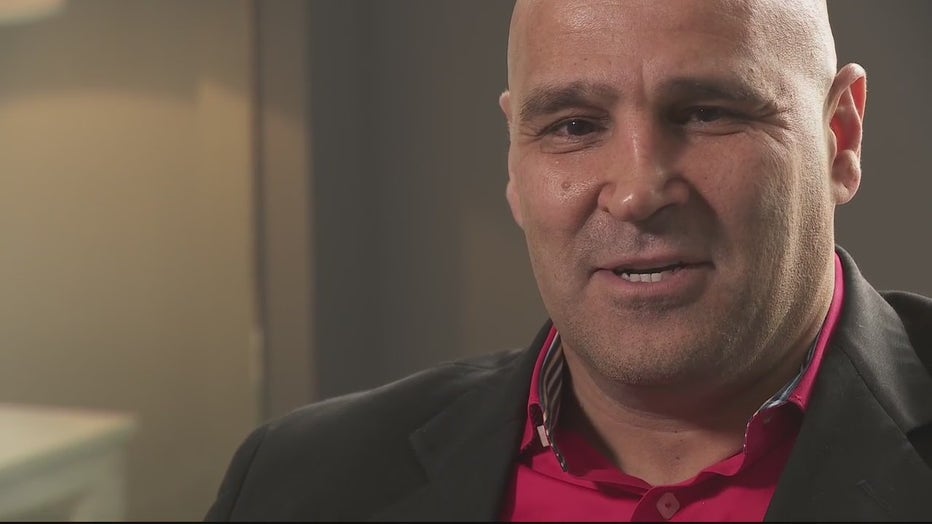 Waleed 'Tony' Isho spent 13 years for a gas station bombing but was later exonerated. But his wrongful conviction could wind up with him being deported to Iraq, despite being on track for citizenship before his arrest.