FOX 2 - A head-on collision on Christmas left a family's car totaled, their bodies bruised and their son at Children's Hospital of Detroit.

"I thought we were going to die that night, but it’s crazy how we actually survived this," said Mariah Miller.

Mariah and Devin have since been discharged from the hospital. She’s in a wheelchair and little Dominic is still hospitalized. His parents say he suffered a back injury that will require a long road to recovery and physical therapy.

Miller is counting her blessings amidst the burdens. The 22-year-old was in a devastating car crash sending her, her fiance Devin Hayes and their 22-month-old son Dominic to the hospital.

"It’s devastating, it’s heartbreaking," she said. "I can’t see him or hold him. It’s really hard right now, not being able to have him every day.

"He’s right now in a halo brace, which it’s just really hard to see that on him."

Mariah and Devin have since been discharged from the hospital. She’s in a wheelchair and little Dominic is still hospitalized. His parents say he suffered a back injury that will require a long road to recovery and physical therapy.

"He’s just not able to walk himself right now, just like me," she said. "So it’s just a whole life-changing event."

It all happened on Christmas night.

"I was just coming down the road. I was maybe a mile away from home." 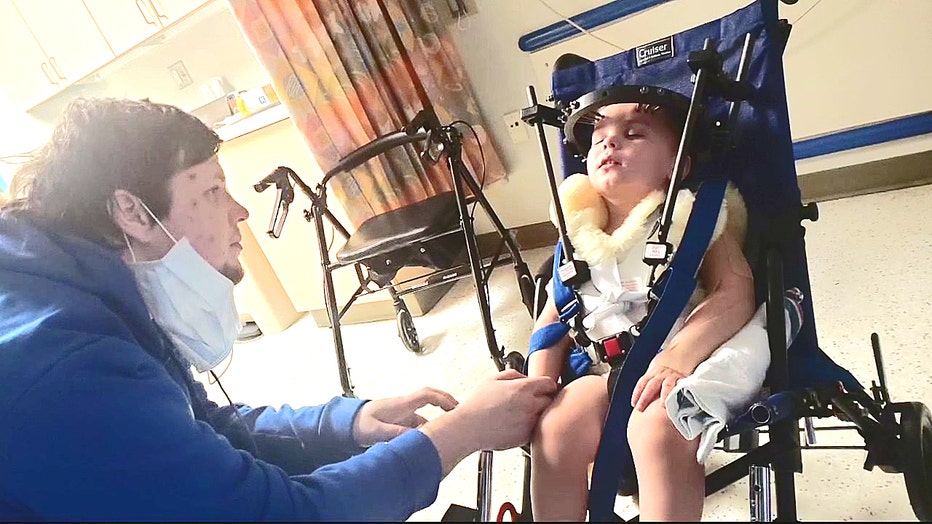 Mariah Miller, Devin Hayes (pictured) and their 22-month-old son Dominic face a long road to recovery after a head-on collision with a suspected drunk driver.

Van Buren Township police say a woman driving in the southbound lane of Belleville Road in between Michigan and Van Born, crossed over into northbound traffic.

"And out of nowhere, I saw headlights," she said.

The car hit the vehicle with Mariah, Devin, and little Dominic inside, head-on.

"It happened within seconds there was really no reaction that you could do about it," Mariah said.

Police say the at-fault driver died in the crash. investigators suspect alcohol was a factor. Mariah says, for now, she and her fiance are unable to work because of their injuries - but is thankful her family survived. 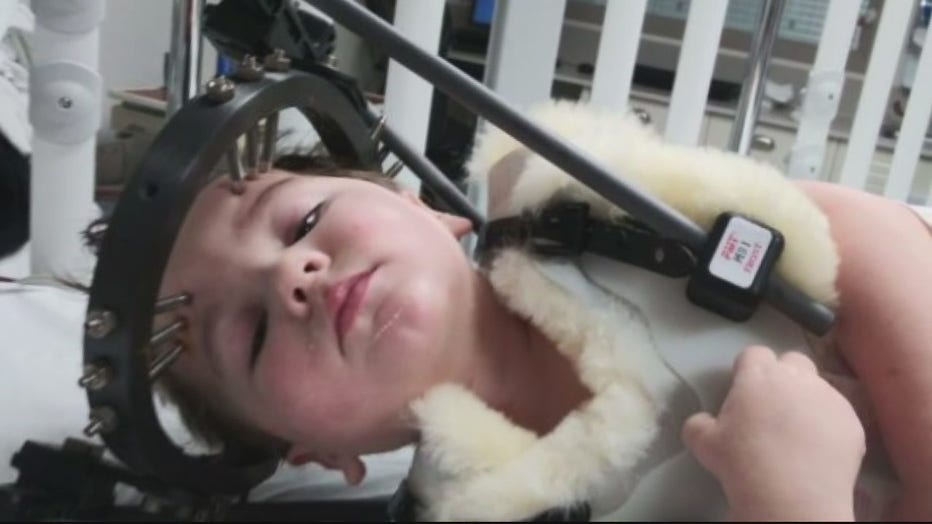 Their son Dominic suffered a back injury in the crash.

"2020 took its last hit. but now we’re just trying to manage and survive and get through it and try to make this year the next brightest year," she said.

They are getting help from friends and family who are raising money to help them cover medical bills and other expenses  If you want to help you’ll find more info HERE. 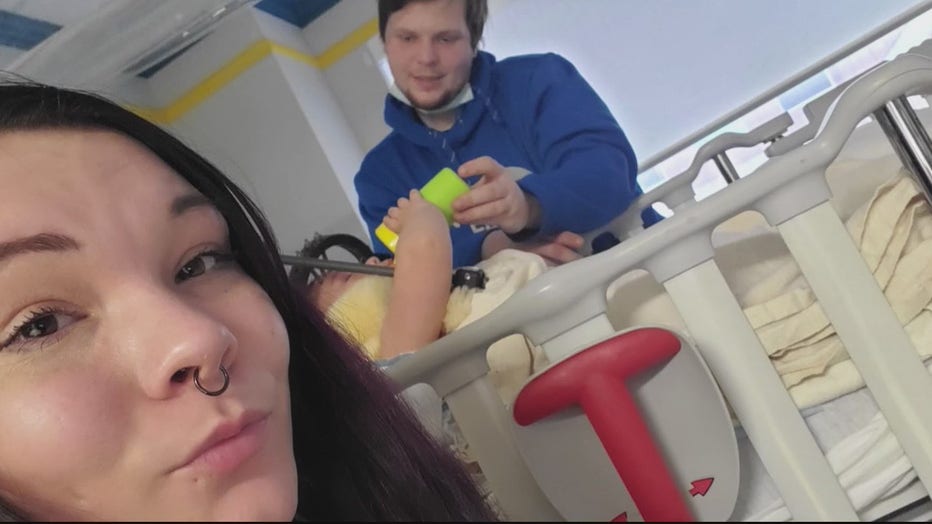