FARMINGTON HILLS, Mich. (WJBK) - It's official -- the Christmas music switch has been flipped on 100.3 WNIC.

Jay Towers and his crew flipped the switch just around 8:15 a.m. Wednesday with help from special guest FOX 2's Huel Perkins. Huel himself got to pick the first official song of the season - Nat King Cole's "Chestnuts Roasting on an Open Fire."

Jay says his team took a vote in October on which day to start the music, and today was the winner. If you're looking at a calendar, you'll notice today's exactly two weeks before Thanksgiving, which falls on November 22 this year. (Contrary to popular belief, the radio station doesn't start its Christmas music the day after Halloween.)

The past few years the radio station has begun their 24/7 Christmas music around the same time, during the first or second week in November.

(Oh, and for those counting -- only 47 days to go until Christmas!) 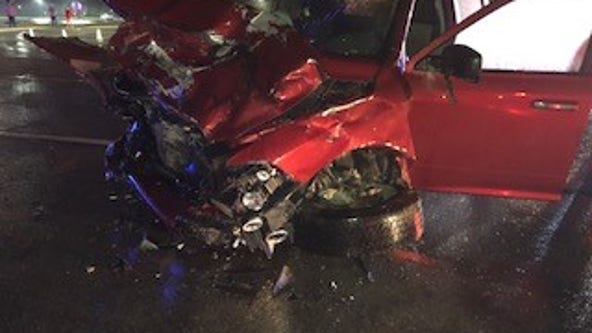