DETROIT (FOX 2) - A mother and her kids are facing big issues after their roof caved in during heavy rain overnight on Detroit's east side.

"I contacted you guys because I kind of gave up," said Dar'Naja Cotton-Rich.

Rich and her husband rent this home on Mayfield in Detroit

"When you walk into our room you see the ceiling on the floor, and a hole in the ceiling," she said. "It's just terrible."

Dar’Naja says a chunk of the ceiling came down just inches away from one of her kids.

"Right here, she was actually sleeping right here," she said.

Dar’Naja tells FOX 2 she reached out to the management company about the problem.

"It’s been going on for at least a year now, but when we first contacted them they came out and fixed it - it wasn’t completely fixed," she said.

So Dar’Naja reached out to the management company again.

"I sent this, and it says complete, but no one came out," she said. "I’m afraid that the whole house is going to collapse on me and my kids."

"The inspector did a full inspection, he investigated what the issues were," said Jessica Parker, chief enforcement officer said. "We did contact the landlord and we expressed the urgency of making necessary repairs."

The smell of gas was also detected so DTE Energy was called out.

City officials make it clear that if the landlord does not repair the issues they will take further action.

"And if the property management group does not correct the violations, we will issue tickets," Parker said.

If you are living in a rental property in the city of Detroit and your landlord is not responding to your concerns, contact the city.

"We encourage all tenants, please reach out to the building department," Parker said. "You can reach us at (313) 628-2451, or go on our website and go to our landlord complaint button. Once you do that, we sent out an inspector within 24 hours. No complaint is too small or too big.

"We want to make sure every tenant in the city of Detroit is safe."

If you would like to help the family, they have a GoFundMe page set up. GO HERE to help. 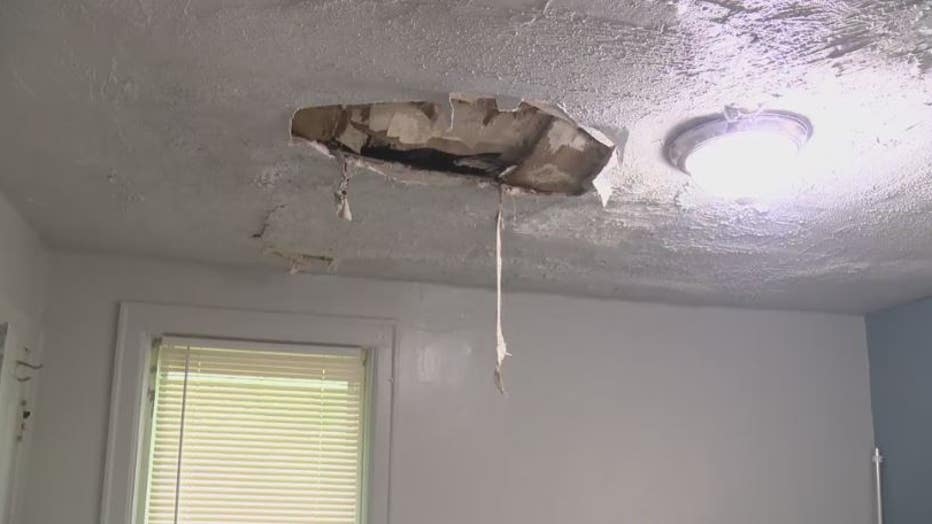