(FOX 2) - For 19 years, Elizabeth Hering has been making music and making musicians out of the students at Churchill High School in Livonia. Now the trumpet specialist turned teacher could add another title to her list of accomplishments -- she's nominated for a Grammy.

Nominated by a student, she was originally among 2,800 music teachers under consideration for the Grammy award for music educator. Now she's among just 10 finalists. Her students are not at all surprised.

"I'm so thrilled and happy for her that she's made it this far. She deserves it. Sshe deserves to go all the way," said Ella Wilson, who plays the french horn.

"She puts a lot of effort into all the programs here. She runs three bands, theatre tech, marching band, jazz band, the list goes on and on," said Paul Garrett, saxophone.

"She teaches you how to break through the mental barriers of playing notes and getting over stage fright," said Colin Wilk, trombone.

One after another they sing her praises -- an educator, a friend, an inspiration. She's been their music teacher since they were in 8th grade.

"At first when I came into band I didn't know what French horn was," said Jason Alava.

"When I first met her she was so nice and she taught us so much technique, and how to control our tone and quality," said Breia Crawford, clarinet.

"It's a really cool environment to be a part of because she's fostering something that's really helpful," said Andrew Erickson, French horn.

"Mrs. Hering has helped us so much to feel like a family together," said Gabe Withun, a percussionist.

For her part, Hering seems to be taking it all in stride -- more excited for her students and her school than she seems to be for herself.

"We have a lot to be proud of at Churchill High School and the band kids especially," she said.

You can tell how much Hering loves her students and her job, so regardless of what happens at the Grammy's, she kinda feels like she's already won.

"I feel like I'm in my element when I'm in that classroom and I get to do it all day long - so I'm very fortunate," she said.

Hering said she expects to find out in January but she won't be able to tell anyone until the big day. 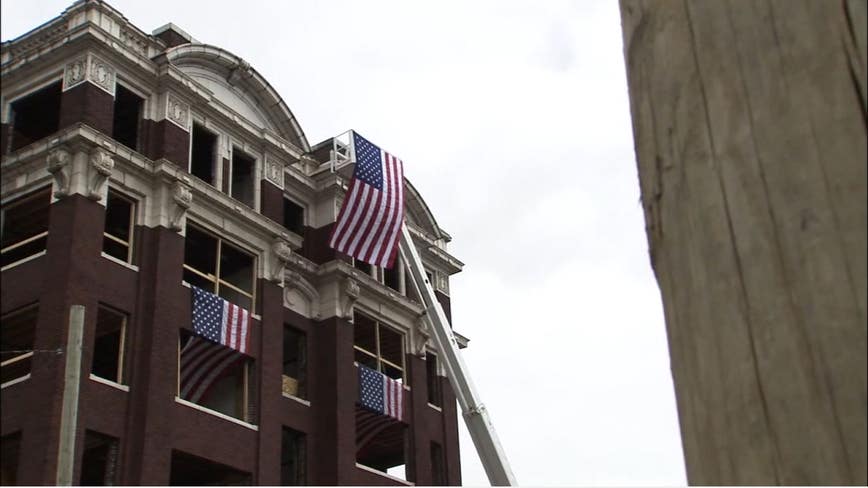