It was an event to remember the four students - Tate Myre, Madisyn Baldwin, Hana St. Juliana, and Justin Shilling who died, along with the seven others also shot who survived.

CLARKSTON, Mich. (FOX 2) - Throughout Metro Detroit, communities are looking for a way to channel their grief and honor the victims. One such gathering happened Monday night in Clarkston.

Inside American Legion Post 377 in Clarkston all were welcome.

"A community that genuinely cares and we all want to help each other through this difficult process," said Erin Dunn, American Legion Post 377. "We all needed to come together and hopefully start healing."

It was an event to remember the four students - Tate Myre, Madisyn Baldwin, Hana St. Juliana, and Justin Shilling, along with the seven others also shot who survived.

In addition to honoring them an effort was made to help them by way of donations to the victims' memorial funds that Oxford bank set up. 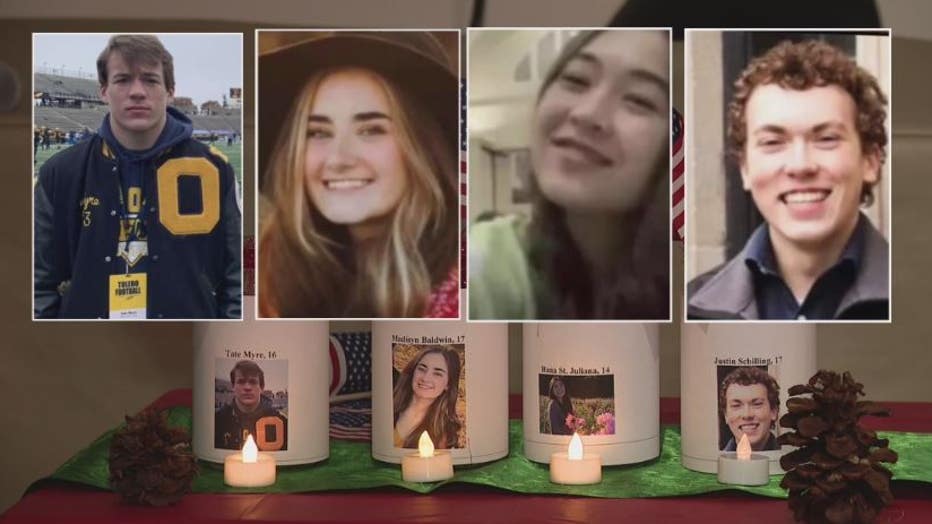 Aside from raising money, attempts were made to raise spirits, through prayer, song, or even a four-legged and furry friend.

Shirley and her dog Zodiac drove up from Cleveland to be with the people of Oxford until Wednesday, part of a nonprofit called Crisis Response K9 Team.

"If we can bring some kind of comfort to some people for a short period of time -  that’s what we do this for," she said.

Above all the people behind this vigil, they say the message is a simple one.

"Love each other. be kind to each other, learn to forgive our petty little differences that in the grand scheme don’t matter," Dunn said. "Us coming together for this community that is what matters."

During the vigil, special tribute was also paid to the Oakland County Sheriff's Deputies who rushed into the school and risked their lived to save others.

On Sunday Sheriff Michael Bouchard said the shooter had 18 unspent rounds with him. that is potentially 18 lives that were spared. 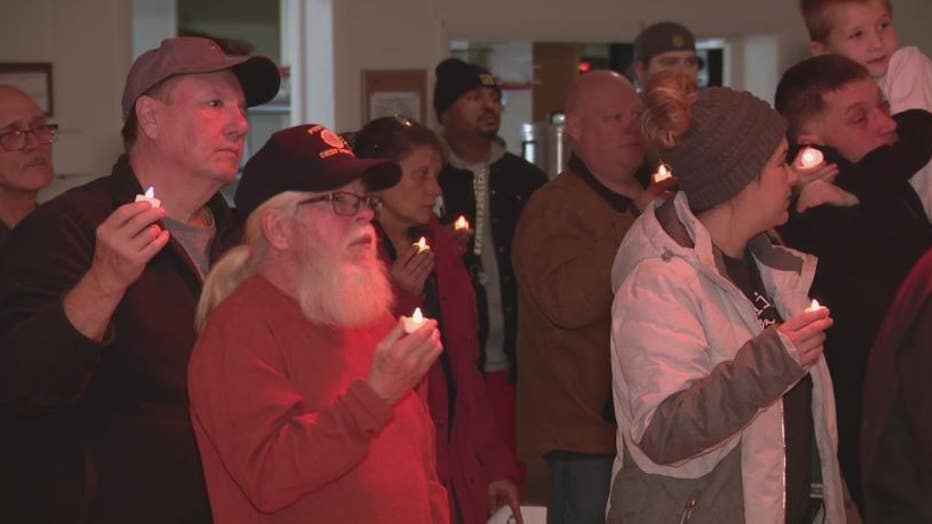