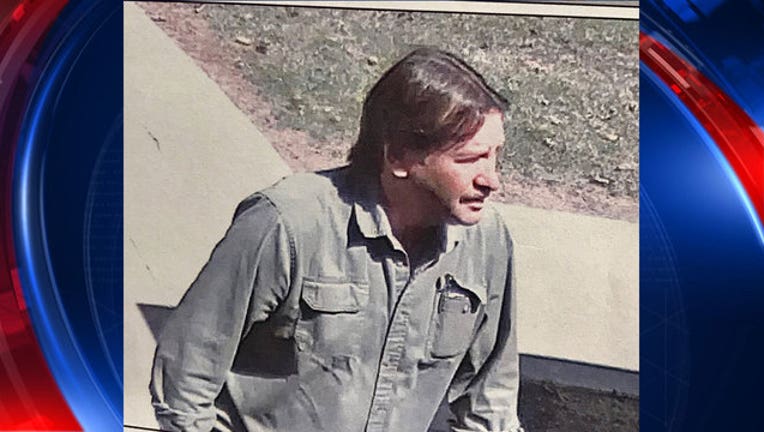 CLAWSON, Mich. (WJBK) - Police in Clawson are on the lookout for a suspicious person who they say tried to get into a school.

Police say a teacher at Kenwood Elementary noticed a man walk by her window Monday afternoon, and that he pulled on one of the doors trying to get into the building. Police say the man then went and tried to get in through a different door, but it was locked.

Police say the teacher told the man through the glass at the second door that he needed to go to the front door to get into the school. But later she learned the man never went to the front door, and became concerned.

Police were at the school during dismissal as a precaution, but did not see the man at all.

Police got a picture from the school video system and faculty are seeing if they can identify him as a possible parent. That investigation is ongoing.

Police say the man is white, in his 40s, has shoulder length brown hair parted in the middle and a scraggly beard. He was wearing a greenish-blue long sleeved shirt with the sleeves rolled up, dark jeans and dark shoes.

Kenwood Elementary School is located at 240 Nahma Avenue, near 14 Mile and Main Street.

If you know this person or have seen him elsewhere in Clawson, you're asked to contact Clawson Police at 248-524-3477.

UPDATE: Police say this has been investigated and resolved. Police say the man used to live in Clawson and attended Kenwood, and wanted to relive parts of his childhood. Police say they are satisfied with his explanation and that he didn't mean to create a safety issue.