HIGHLAND PARK, Mich. - A diverse group of faith leaders, law enforcement, and citizens will kick off what is expected to be another day of marches in honor of George Floyd.

From members of the clergy to police officers, an encompassing group of people throughout the community plan on leading a protest beginning at 11 a.m. in Highland Park.

The protest will start at the city's municipal building, located at 12050 Woodward Ave. where people are expected to start congregating around 10:15 a.m. The march will go south to Mack Avenue, where organizers will have prayers before ending the march. 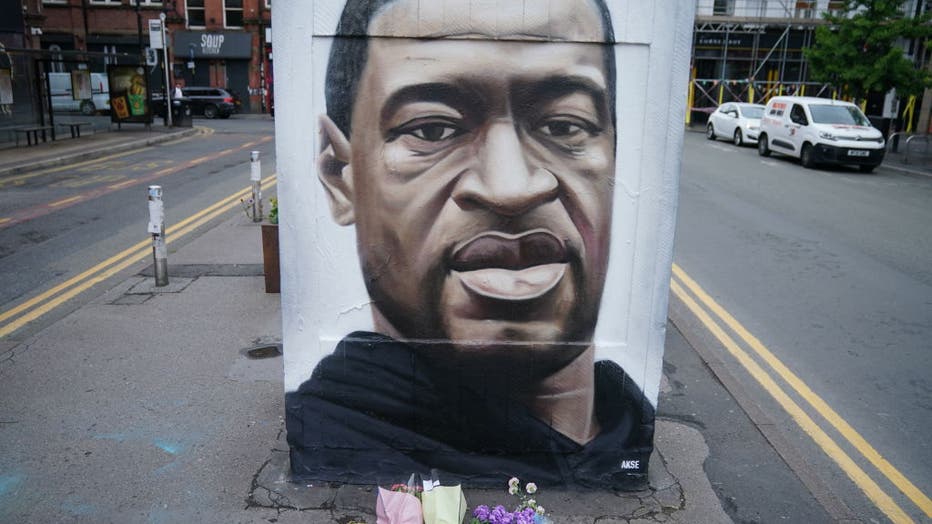 Floral tributes lay next to a mural of George Floyd, by street artist Akse, in Manchester's northern quarter on June 03, 2020 in Manchester, United Kingdom. The death of an African-American man, George Floyd, while in the custody of Minneapolis polic

Peaceful protests grew as the underlying narrative in cities around the country Wednesday, where instances of rioting and mass arrests were replaced by more amicable displays of discontent. After a tumultuous week for many urban centers hoping to keep property damage to a minimum, cities like Detroit, which has used a mandatory curfew for the last three nights, put on a display of unity between residents and law enforcement.

While the citywide rules to remain home were meant to dissuade agitators from causing more problems, Detroit's Police Chief okayed the demonstrations Wednesday night past curfew as long as they remained peaceful - a promise that was kept.