A search warrant was delivered to the Clintondale Community School District by Clinton Township police requesting various financial records from June 1st through the present.

CLINTON TWP., Mich. (FOX 2) - The Clintondale school board voted to keep its embattled Superintendent Rodriguez Broadnax who is being accused of misusing taxpayer money.

A dispute is about an April National School Board Conference in San Diego where about $1,500 was allocated for "personal incidentals."

"For the record, the superintendent does not drink," he said - about himself.

"Why was a $9 drink put on your bill for your rooms?" Titus said.

"I had a Sprite off the bar, that's what I had," Broadnax said.

"I drink. I'll let everybody know that. Double Tito's in cranberry," said Jim Potter, a school board trustee.

"There's nothing on mine, you can show anything you want," said Beverly Lewis-Moss, school board president.

The allegations kept coming at the contentious meeting.

A search warrant was delivered to the Clintondale Community School District by Clinton Township police requesting various financial records from June 1st through the present.

No court action has yet been taken. But there was more criticism about Superintendent Broadnax's qualifications for the job that he's had for a year.

But in a statement by the Board’s president, Lewis-Moss, she said: "We saw great progress under his leadership during his first year with the district ... Such progress is why the Board decided to extend his contract."

The majority of the board agreed with Moss, which voted to keep him aboard.

The investigation into the district's overall finances are ongoing.

"On the matter involving the review of the district’s expenses, we cannot provide any information until the review has been completed," she said. 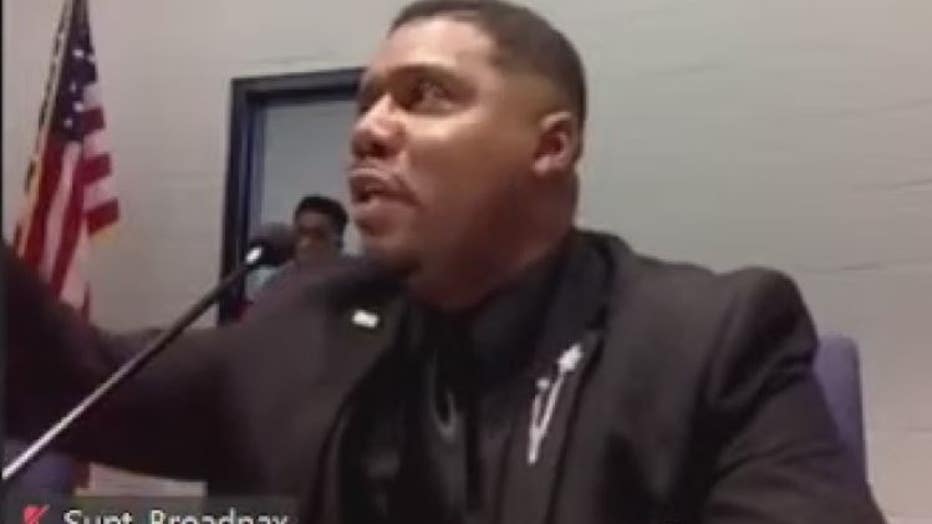