ALLEN PARK, Mich. - Allen Park's chief of police had tears in his eyes when he was speaking at the podium this week.

"I’ve lost brothers, stepbrothers, been in hospitals with friends whose kids have died," said Chris Egan.

Those people died of addiction. While the struggle of substance abuse from opioids and narcotics continues to ravage communities, Egan wasn't just recanting the lives that have been lost. He was helping introduce a program that will prevent further people from dying.

"Everyone wants to help," he said. "Downriver is a tight community and we look out for each other and this is just another way we do it."

A new program connects people struggling with addiction to community resources, with police in Allen Park acting as the bridge by providing a support group with a list of people that may need help.

Beginning Friday, some of the doors that Allen Park police knock on will be that of people with a history of abuse. All they'll be equipped with is an offer to help.

"The police are not coming to your house to arrest you, they are actually coming there to help," said Linda Davis, the executive director of Families Against Narcotics (FAN).

Davis, a former judge and assistant prosecutor in Macomb County now runs the FAN. One of their new rollouts is a program called the Come Back Quick Response Team. After piloting it in Sterling Heights, it's moving downriver to Allen Park, the first in Wayne County.

"This is community policing at its very best at a time in this country when we really need it," said Davis.

Among the most important factors for keeping people from relapsing is a follow-up with them. Breaking the routine of abuse can be difficult without the support of others.

That's why Allen Park is providing FAN with a list of overdose victims, acting as a bridge between those struggling and the services that can help them when they're ready.

"We’ll knock and we'll simply say 'hey, we are glad you’re still here, can we offer you some help?'" said Egan. "And then these folks do all the heavy lifting."

The heavy lifting will be done by a team of professionals, many touched by substance abuse, that facilitates treatment. If the victim agrees, the team can get them into a facility in 15 minutes.

"They’ve gone through the same feelings that you’re going through - that hopelessness, that helplessness that feeling that you can’t make it," said Davis. 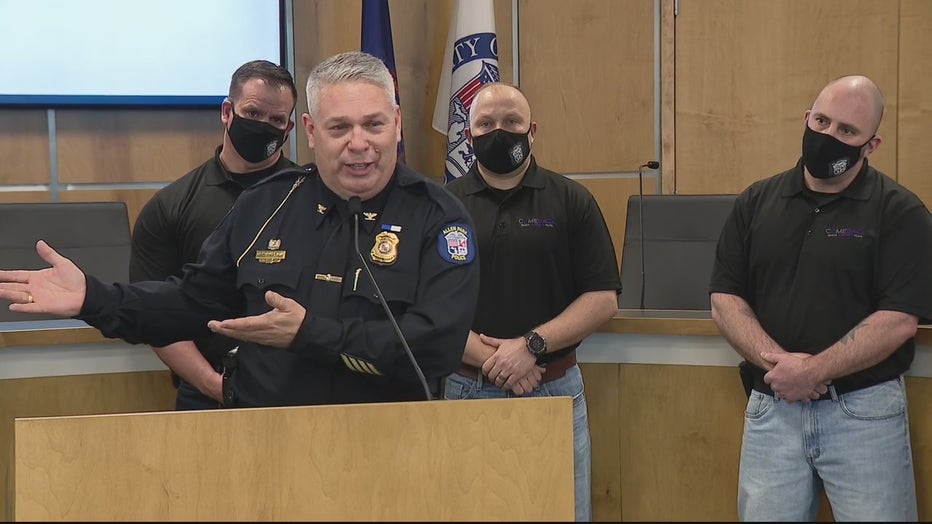 The big picture for Davis and FAN is programs like this will reduce crime stats, homelessness, and the burden on the foster care system. Institutional issues like drug prevalence and crime rates that reveal themselves as grim statistics in police departments take a long time to undo. The effects can trickle down into strained city budgets and community.

"We have been wasting taxpayer dollars for years by incarcerating people with substance-use disorder," said Davis.