DETROIT - Conant Gardens is a neighborhood nestled on Detroit's northeast side that came into existence during the first great migration around WWI.

"African Americans starting to build housing together, then they found a homeowners association," said Sandra Clark of the Michigan Historical Society.

Nestled in Detroit is Conant Gardens, a historically black neighborhood named after a white abolitionist

Conant Gardens was one of the most prosperous black neighborhoods during the 1930s and '40s. Most of the African Americans living there were highly educated.

"The Federal Housing Administration in the 1930s they start providing loans so that blacks can buy their houses and this is one of the neighborhoods that grows out of that," said Clark.

The neighborhood is named after the man who was the original owner of the land, Shubael Conant. In the 1930s, he was an abolitionist who founded the Detroit Anti-slavery Society and became its first president. 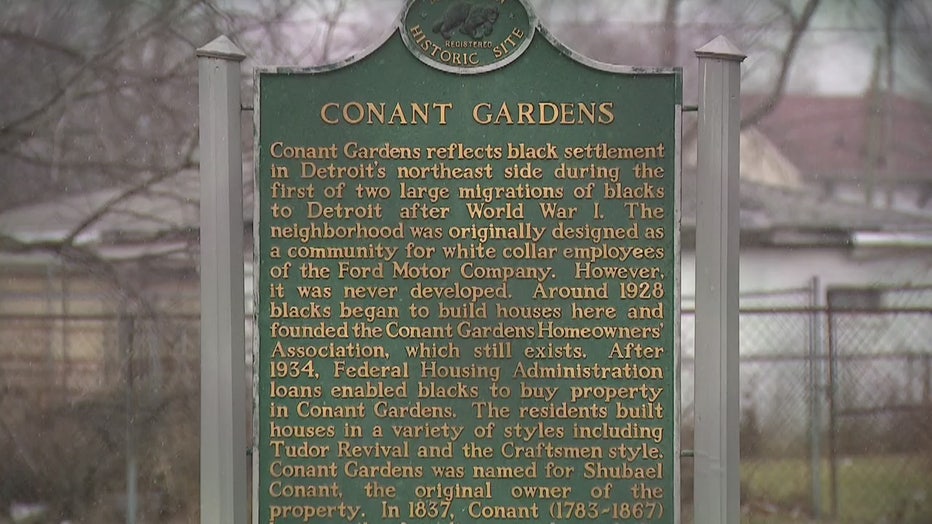 "There's not a direct link between the housing landing there, but there's a link in the name which is kinda cool that this was his property that became Conant Gardens," said Clark.

Its historical maker tells a story of a community that was originally designed for white-collar Ford employees, but it was never developed. Instead, it became a refuge for African Americans looking to put down roots. It was a place that didn't restrict them from buying property because of the color of their skin.