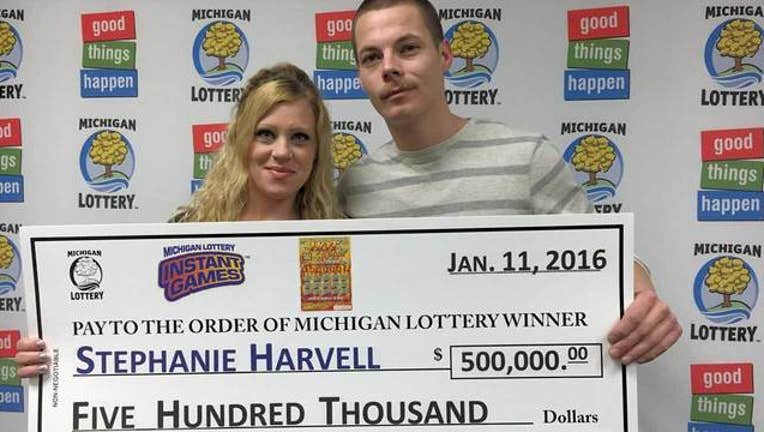 BAY CITY, Mich. (FOX 2) - A Michigan couple who won big in the lottery three years ago has been charged in a string of burglaries in mid Michigan.

Bay County Sheriff Troy Cunningham told ABC 12 in Flint that 29-year-old Mitchell Arnswald and 28-year-old Stephanie Harvell have been into five different counties, and in Bay County alone they're alleged to have done about 13 home invasions.

They were arrested Thursday following a burglary in Merritt Township, about 110 miles northwest of Detroit.

Investigators believe Harvell and Arnswald have been breaking into homes in Bay, Tuscola, Midland, Saginaw and Arenac counties. They were arraigned Friday on home invasion and possession of burglary tools charges. They are each being held on $50,000 cash bonds.

ABC 12 reports Cunningham said the couple had an off-the-wall answer if a homeowner stopped them, like that they were looking for a lost dog or for some kids clothing.

Harvell said she won the lottery on the same day she got an eviction notice, and said that she and her husband had been living paycheck-to-paycheck to support their two little girls.

Police are not sure what they did with their prize winnings.