A state supreme court decision against Gov. Gretchen Whitmer is forcing her to work with the state legislature on all future COVID-19 orders on Friday - starting in 21 days.

Spelled out, in a ruling from the Michigan Supreme Court Friday, Governor Gretchen Whitmer did not have the authority, after April 30th to issue or renew any executive orders related to the virus.

After Michigan Supreme Court ruling, Whitmer will have to work with Republican legislature

Spelled out, in a ruling from the Michigan Supreme Court Friday, Governor Gretchen Whitmer did not have the authority, after April 30th to issue or renew any executive orders related to the virus.

She's made 180 of them since then acting under two laws dealing with a governor's executive powers.

"The governor was legal to issue a state of emergency for 28 days but after that, she did need the approval of the Republican legislature to do anything else," said Tim Skubick.

Skubick, FOX 2's Lansing bureau chief says, the ruling means any future COVID-19 orders are to include the Republican-led legislature.

The *us* being lawmakers like Republican Rep. Jason Sheppard out of Monroe County.

"The life after this is that it is time for us to work as a bi-partisan nature to put things in place that make sense for Michigan," said Sheppard, Senate majority whip.

Governor Whitmer said in a statement - that her current orders like masks in schools stand for another 21 days, at least.

Sheppard says the legislature's lawyers are reviewing the ruling to interpret when the current orders are up.

"All this does, is puts the elected officials that the people elect in their home towns into the process," Sheppard said.

Governor Whitmer says she "vehemently disagrees with the decision made by a narrow majority of Republican justices."

And in terms of what happens after 21 days, she says -

"Furthermore, after 21 days, many of the responsive measures I have put in place to control the spread of the virus will continue under alternative sources of authority that were not at issue in today's ruling." 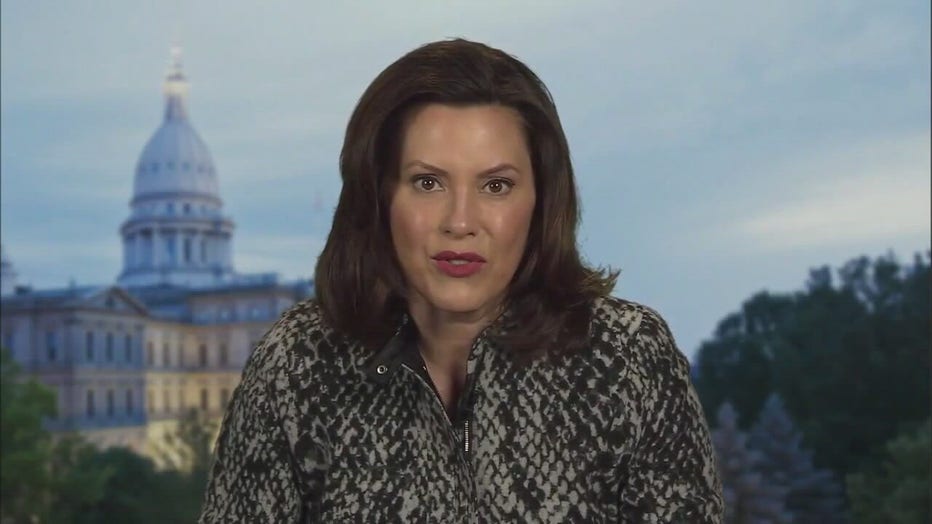 Gov. Whitmer's full statement is below.

“Since the beginning of this crisis, I have done everything in my power to protect our seniors, small businesses, and first responders from the worst public health emergency in over a century. Thanks to the hard work of millions of Michiganders who sacrificed and did the right thing, we have saved thousands of lives and laid the foundation for a strong economic recovery.

But COVID-19 still poses a clear and present danger to the people of Michigan, our economy, and our way of life.“This virus has now killed more Michiganders than World War I. It is a novel virus for which there is no cure, and which has infected the President of the United States, members of the United States Congress, and Legislators across our state. This virus continues to take the lives of Americans every single day, and without a cure or approved vaccine, that will continue for the foreseeable future.

Today’s Supreme Court ruling, handed down by a narrow majority of Republican justices, is deeply disappointing, and I vehemently disagree with the court’s interpretation of the Michigan Constitution. Right now, every state and the federal government have some form of declared emergency. With this decision, Michigan will become the sole outlier at a time when the Upper Peninsula is experiencing rates of COVID infection not seen in our state since April.“It is important to note that this ruling does not take effect for at least 21 days, and until then, my emergency declaration and orders retain the force of law.

Furthermore, after 21 days, many of the responsive measures I have put in place to control the spread of the virus will continue under alternative sources of authority that were not at issue in today’s ruling.“I know this is hard. We all want this crisis to be over, and we all want life to return to normal as soon as possible. But the only way we will get through this is by pulling together as Americans and working as one nation to defeat this virus. That means wearing a mask, washing your hands frequently, and maintaining six feet of physical distancing.

Michiganders have grit, and there is no challenge we can’t meet.“I want the people of Michigan to know that no matter what happens, I will never stop fighting to keep you and your families safe from this deadly virus.”

Read the order below: