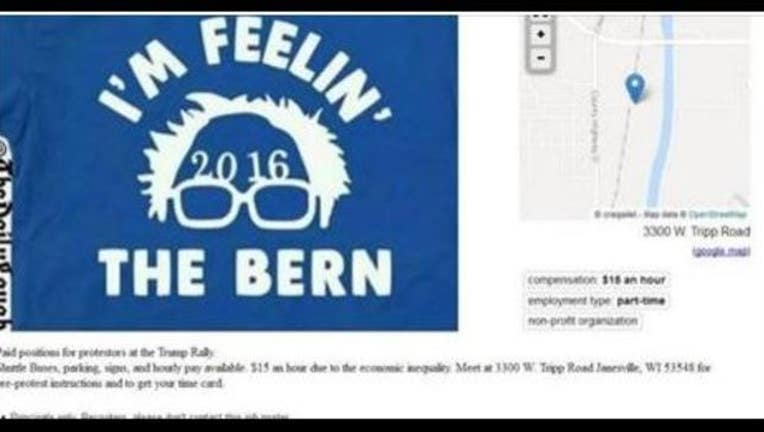 The ad, which was removed from the site, said it would provide shuttle buses, parking and signs to protesters who attended the Republican presidential front-runner's event, in addition to $15 an hour for up to four hours.

"We are offering this amount because of the current income inequality that we are fighting in America today!" the ad read.

Whether it was legitimate or not, the ad was deleted after it began to receive attention on pro-Trump forums.