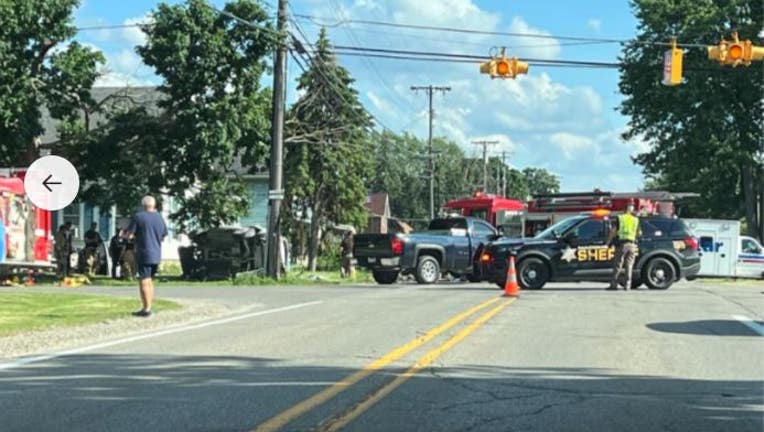 FOX 2 - A two-vehicle crash in Ray Township on Sunday has left one juvenile passenger with life-threatening injuries.

The driver of a white Escape disregarded a flashing red light and crashed into a Lexus, which had a blinking yellow light at the intersection of 27 Mile Road and Romeo Plank, at 5:15 p.m.

The Lexus had three people inside, a 43-year-old driver from Clinton Township and two boys. After being hit, the Lexus than hit a house, while the Escape ended up on its side.

All three Lexus occupants were transported to the hospital where one of the boys continues to be treated for life-threatening injuries.

A 36-year-old Armada woman who was driving the Escape was also transported to the hospital, and has been released.

The residence that was struck was unoccupied and the owner was notified of the damage.

It is unknown if alcohol or drugs played a factor at this time, said the Macomb County Sheriff's Office, which added that the incident will continue to be investigated.