"This morning most of the dispatchers, while this was going on, didn't realize who was involved in it," said Macomb County Sheriff Anthony Wickersham.

Erika Ladas, a 28-year-old dispatcher, died from injuries in a deer-vehicle collision in Ray Township that morning.

"Responding deputies, once they got there, and looked inside, Erika was still inside her vehicle in her uniform," Wickersham said.

It happened on North Avenue near 31 Mile around 7:20 a.m. Ladas was driving northbound on North Avenue. A woman in a silver Chevrolet Captiva was headed southbound and struck a deer, hurling it into oncoming traffic.

"The deer went into the air and struck Erika's vehicle, which went inside the front window and went out the back window and she lost control of the vehicle and struck a tree," Wickersham said. "Between the responding deputies and EMS that responded, they tried to do everything they could and get her down to the hospital but in the end, she did pass." 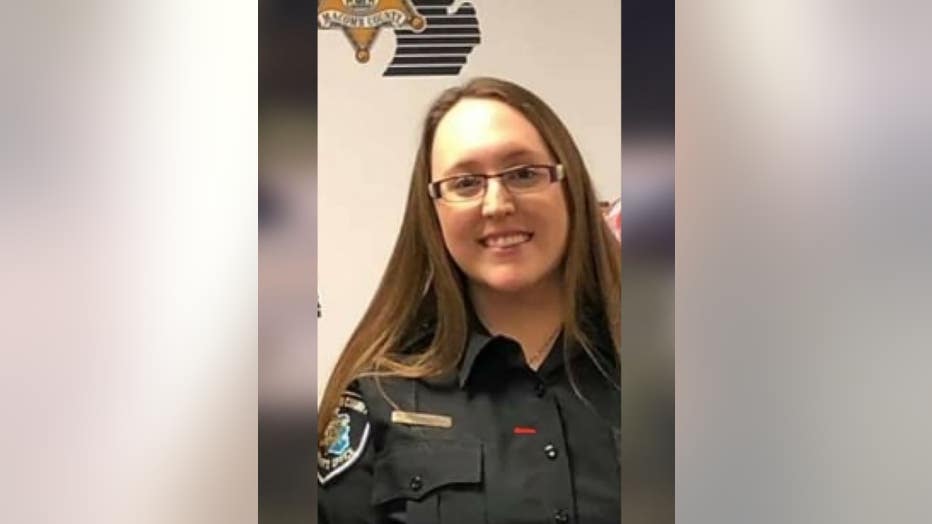 The woman who initially struck the deer was not hurt.

According to the Office of Highway Safety Planning, there are nearly 50,000 deer-vehicle crashes every year. Those are only the ones reported, so the actual number is likely a lot higher. And the vast majority of those crashes happen on two-lane roads just like North Avenue.

While vehicle-deer crashes happen year-round, the largest number of collisions occur in the fall. On average, vehicle-deer accidents cause 12 deaths every year.

Sheriff Wickersham says alcohol and distracted driving do not appear to be factors in Monday morning's crash.

"You have to be keeping an eye out, make sure you got your speed under control," Wickersham said. "And if for some reason, that deer does come across the road, please do not swerve to avoid the deer, you're going to end up in a bad situation.

"Just try to control the speed, control the breaking and if you hit the deer, the car can be fixed. We don't want people to be injured."

Erika Ladas joined the sheriff's office in January of 2019. Her father was a corrections officer for the Macomb County Jail. Grief counselors were brought in to talk with her colleagues.

The accident investigation is ongoing.