DETROIT (FOX 2) - A proposal to renew a millage to support the Detroit institute of arts for another 10 years - has some questioning if it’s really worth it.

"I think it's terribly insensitive and unfair," said Leon Drolet, chair of the Michigan Taxpayers Alliance. "The DIA is a wonderful facility but it's in many ways a luxury compared to trying to make a car payment."

A proposal to renew a millage to support the Detroit institute of arts for another 10 years - has some questioning if its really worth it.

The DIA is asking voters in Macomb, Oakland and Wayne counties to renew a .2 millage next week to keep admission and exhibitions free for people living in the tri-county area. That is about $20 for every $100,000 of a home's taxable value.

Drolet, Macomb County Commissioner and chair of the Michigan Taxpayers Alliance, says he is concerned folks in Macomb County are getting gouged with only 5 percent of its residents visiting the DIA.

"If it's not a necessity, if it's a luxury, that 5 percent that's using it, should pay for it." he said.

But DIA director Salvador Salort-Pons reminds voters this isn't a new tax, or an increase from a millage passed in 2012.

"The legislature in Lansing allow for the DIA to go for 20 years. We have only used 10 years. But the DIA use the other 10 years," he said.

Salort-Pons says since 2012 - the number of visitors has doubled and the number of students has tripled because of the DIA's art service agreement that offers free unlimited admission and school and senior programs.

Salort-Pons says the millage represents about 65 percent of the DIA's operating budget - and if it expires in 2022 - that means goodbye to free admission and community programs.

"Providing free art education to students and kids in the region is crucial," Salort-Pons said.

But Drolet also questions the DIA's timing as the millage isn't set to expire for two more years. He believes the DIA is choosing next week's election because of a likely low turn-out.

"We could have a very relatively small number of people deciding to impose a tax and a lot of people struggling to make their ends meet."

But Salort-Pons says it is simply about planning for the future. The election is March 10th. 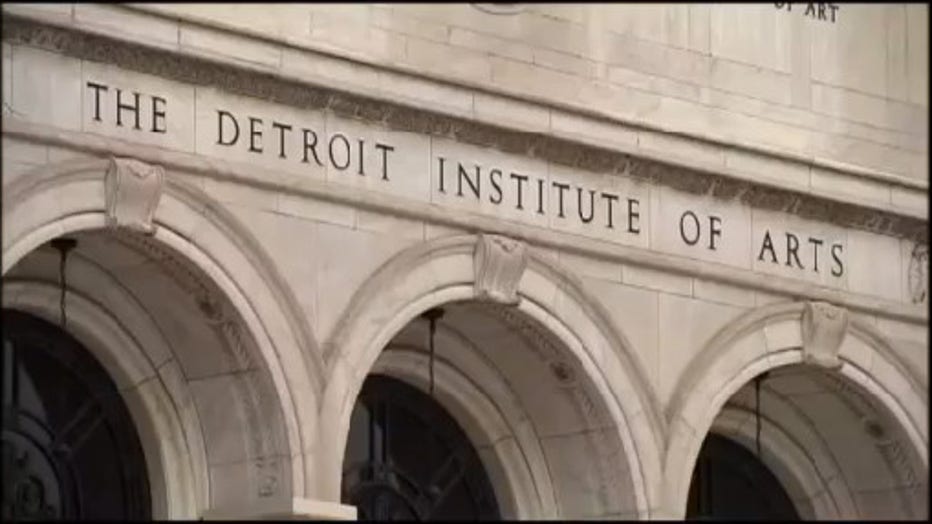