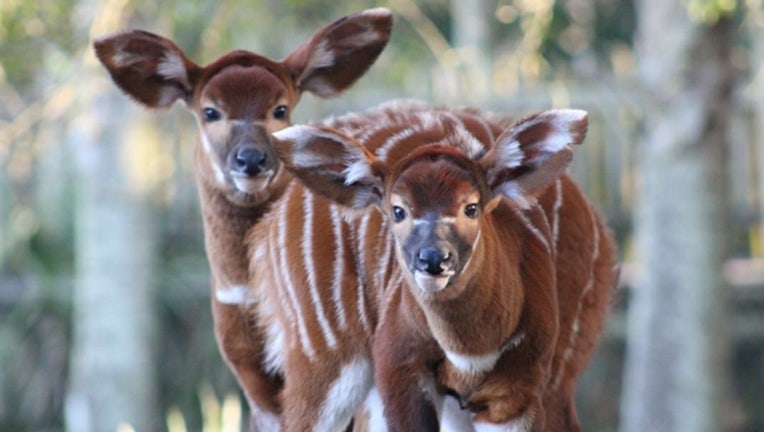 JACKSONVILLE, Fla. - The Jacksonville Zoo and Gardens has a bongo birth announcement: Two female calves of a critically endangered antelope species are ready for their close-ups.

The stepsisters — one born Dec. 17 and the other Jan. 8 — are the first offspring for Sienna and Shimba, as well as the sire, Mickey, the zoo said. They're eastern bongos — a species that's critically endangered due to deforestation and hunting. The zoo said there are only an estimated 47 to 140 bongos left in their natural habitat.

"Since they live in dense forests, commercial logging has taken its toll on their population," keepers wrote on the zoo's website. "Their ivory-tipped horns also make bongos susceptible to poaching and hunting by tourist safaris."

Both mothers also were born at the zoo, in 2018. Sienna delivered first, a calf that weighed 42 pounds at a Dec. 22 exam. Shimba followed this month with a calf weighing 38 pounds. 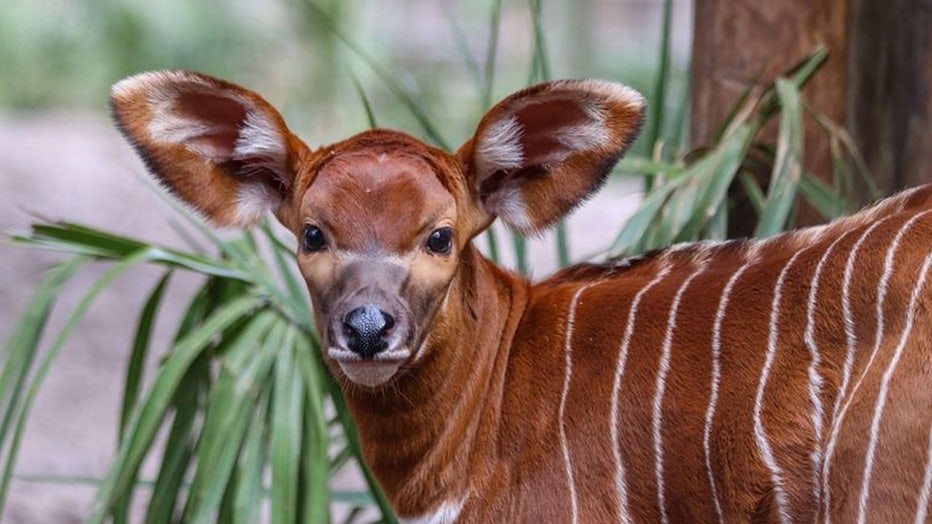 "Our animal care team is very excited with how well the first-time mothers are doing. This is great news for our herd and we look forward to more offspring in the future to enhance conservation efforts for this species," Assistant Curator of Mammals Corey Neatrour said in a statement.

Mickey was transferred to Jacksonville in October 2019 from the Cape May County Zoo, based on breeding recommendations through the Association of Zoos and Aquariums Bongo Species Survival Plan, the statement said.

Bongo are the largest African forest antelope and are known for their striking appearance. They are found throughout central and west Kenya, however eastern bongo, also known as mountain bongo, are only found in a small mountain region in central Kenya. Both males and females have thick, slightly-spiraled horns. They have whitish-colored stripes and a red coat, with females usually lighter in color than males.

Visitors to the Jacksonville zoo can see the calves and their parents in their exhibit along the Africa loop.

Their names will be decided through an online auction at the Zoo’s annual Toast to Conservation, which will take place virtually Friday.