Demonstrations continued late into the night over the fatal shooting of Hakim Littleton and the arrests of some of their own.

DETROIT (FOX 2) - A crowd gathered Friday evening at the scene where a young man was shot and killed earlier Friday afternoon by Detroit police.  It took place at West McNichols and San Juan Drive on the city's west side, just hours after a man who's been identified by witnesses as Hakim Littleton was shot and killed by Detroit officers.

Chief Craig has released video of the shooting which appeared to show the suspect was armed and shot first at officers. in which he plans to release a video that he says shows the shooting death. Watch it below, warning the video is graphic and viewer discretion is advised.

WARNING: Graphic content. Detroit police showed the moments leading up to Hakim Littleton's fatal shooting by DPD, appearing to show him in an orange shirt, pull out a gun and fire on officers first at close range.

Meanwhile, the activist group Detroit Will Breathe, which has been taking the lead in many protests in the city since they broke out nationwide after the death of George Floyd, called for followers to head to the area as soon as possible tonight in response to the shooting.

FOX 2 had a crew at the scene, where police appeared to have deployed tear gas on the crowd around 5:30 p.m.

Even with the video evidence released by police Friday, some protesters want police to follow through and fully investigate the shooting that killed Hakim Littleton.

Protesters then began marching just before 6 p.m. and headed towards Detroit's 12th precinct at 7 Mile and Woodward, where they were eventually met by a line of police officers blocking their path on Seven Mile. 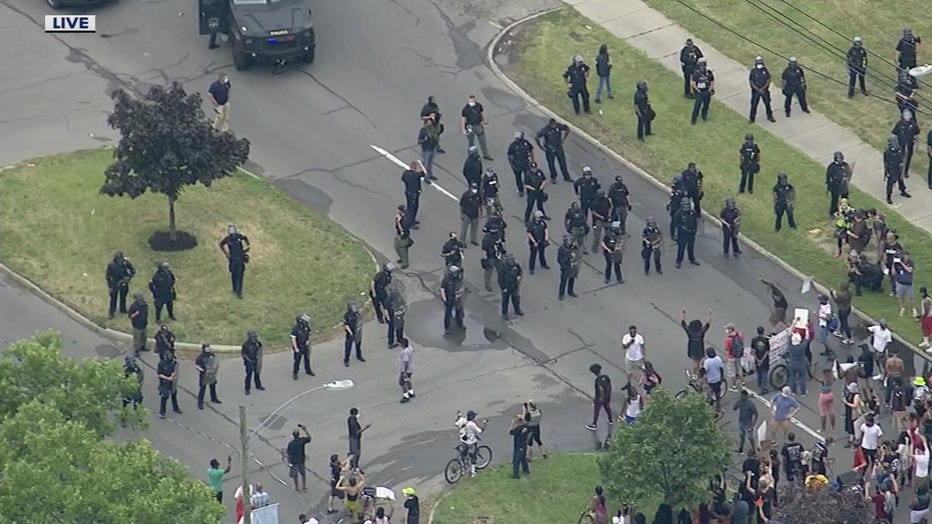 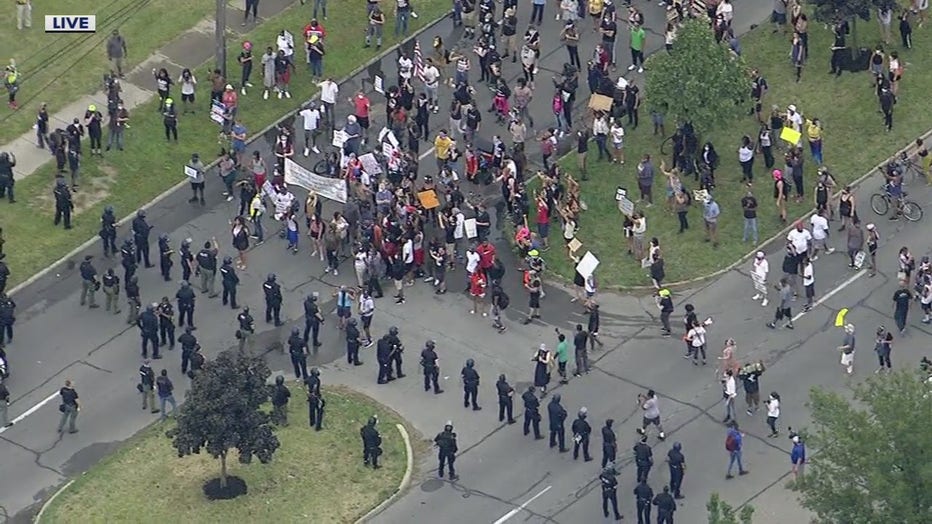 Just after 7 p.m. the police unblocked the path and allowed the march to move forward. Officers instead went and formed a line in front of the 12th precinct.

Detroit police then got on megaphones saying "This is the Detroit Police Department. We support your peaceful protest but do not engage our officers." 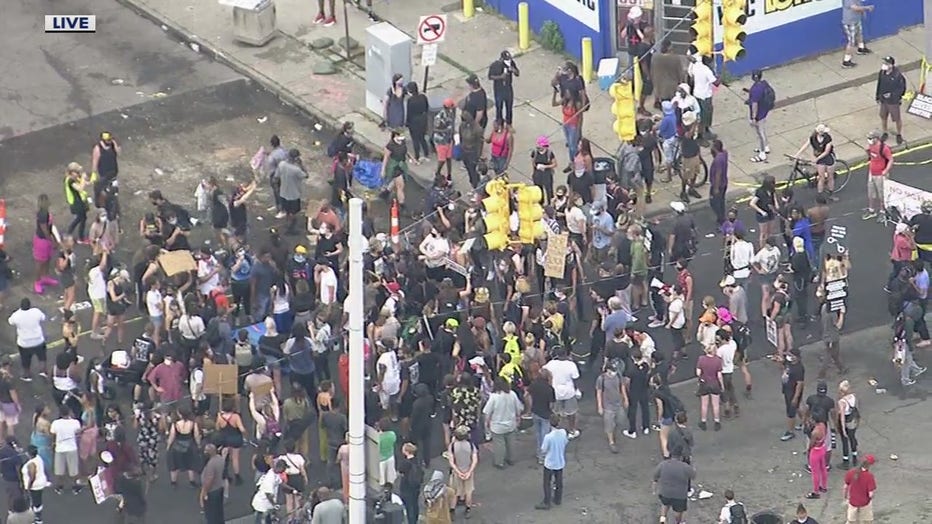 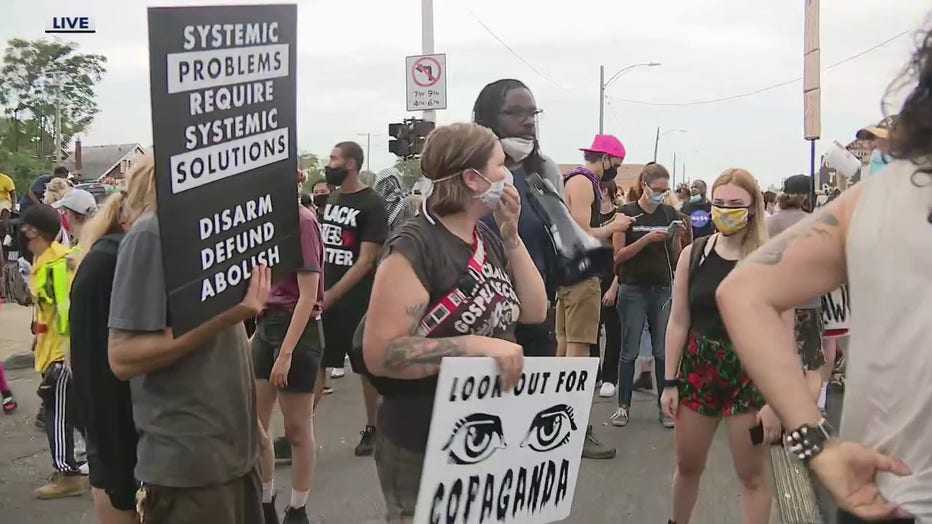 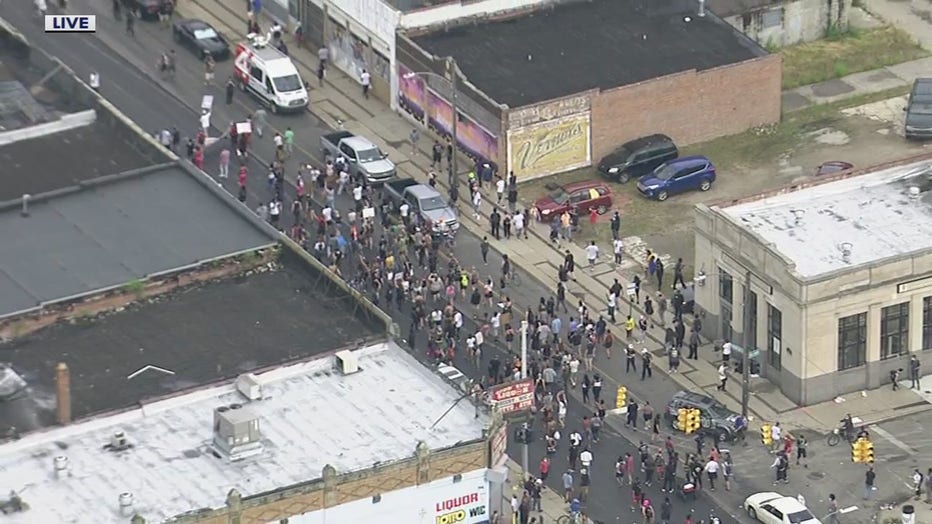 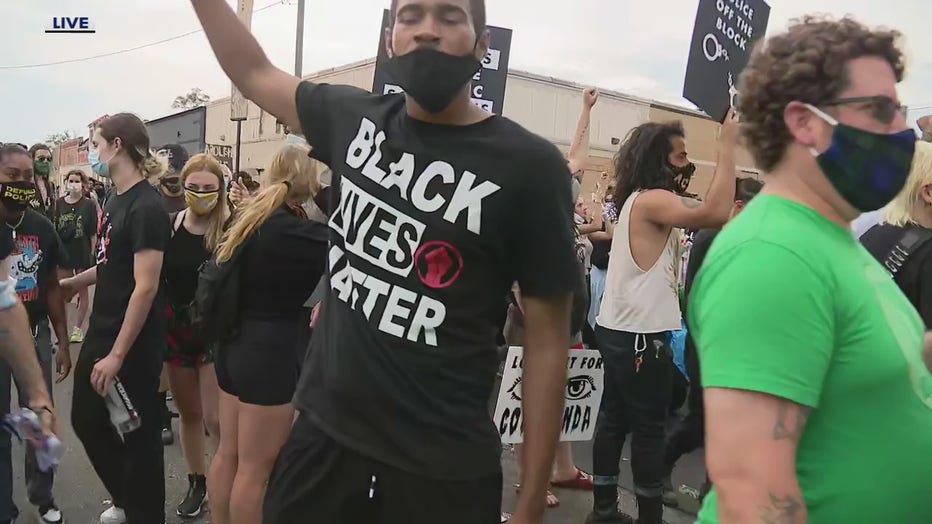 Sam Riddle from the National Action Network was seen in the protest crowd.

"This is not something that Hollywood Craig or Mayor Duggan can control right now and they're going to have to take into consideration how we handle public safety in Detroit, not policing," he told FOX 2.

You can watch a livestream from the scene here if you cannot see the video player above.

FOX 2 has since learned seven people were taken into custody from the protest site at Six Mile and San Juan.