FOX 2 - A 61-year-old teacher has been charged with having a sexual relationship with a sixth-grader 13 years ago.

Ted Mark Anderson can be seen wearing a light green t-shirt and mask during a Zoom court arraignment Thursday morning.

Ted Mark Anderson was charged with six counts of criminal sexual conduct in the first degree, when he was teaching science at the now-closed Thomas Gist Academy in Inkster, he allegedly sexually assaulted one of his 12-year-old students.

Anderson has been charged with six counts of criminal sexual conduct in the first degree. The allegations say when he was teaching science at the now-closed Thomas Gist Academy in Inkster, he sexually assaulted one of his 12-year-old students.

Investigators say the alleged abuse began in 2007 - and continued for years.

"This is extremely predator behavior, it is actually textbook grooming," said Carley Kocks, assistant prosecutor. "I know these are just allegations but, based on these allegations, if true, the defendant completely abused his position of authority."

The Wayne County Prosecutor's Office says Anderson would pick the girl up at a bus stop in Inkster and take her back to his apartment and sexually assault her. The alleged abuse also happened at other locations according to authorities.

"And the relationship - if we even want to call it that - continued with the victim until after she did turn 16, until probably about 18 years old," Kocks said.

According to the prosecutor assigned to the case, Anderson currently teaches at Cornerstone High School, a charter school in Detroit. 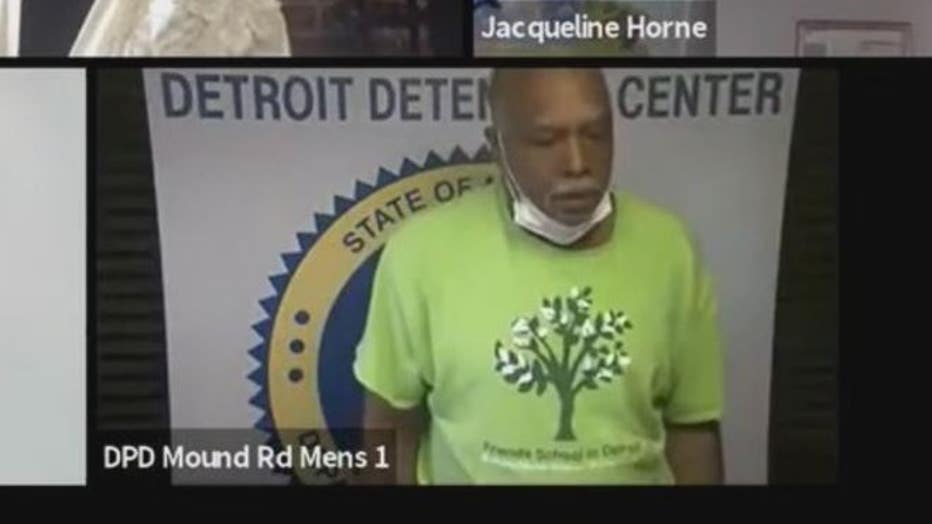 A magistrate set his bond at $250,000,10 percent. If Anderson is able to post bond - he must wear a GPS tether and have *no* contact with minors. Anderson will be back in court on April 27th.

Anderson has been placed on administrative leave by Cornerstone High School.

Late Thursday night, Cornerstone released a statement saying in part, "This evening we learned that a current Cornerstone teacher has been charged with sexual assault of a minor. The safety and welfare of our students is of the utmost importance, as such, we take all allegations extremely seriously and have taken immediate action to remove any person or issue that may be unsafe for our students."